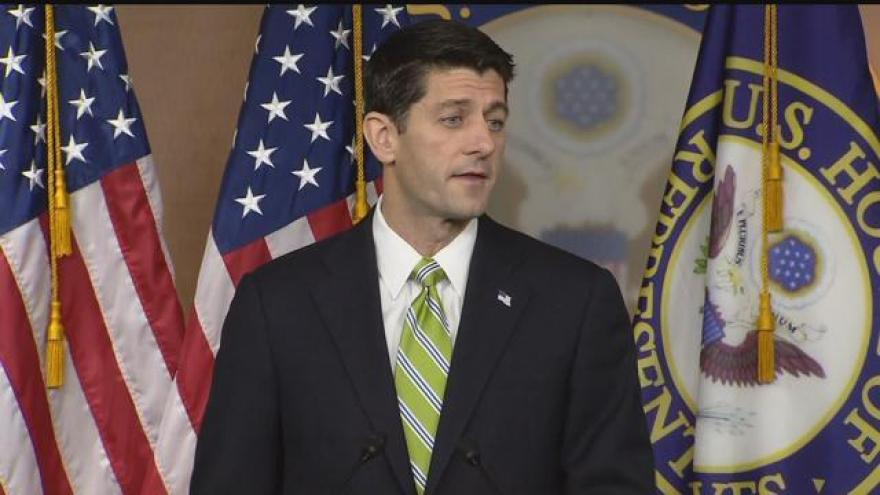 Day two of the Republican National Convention where it became official Donald Trump is GOP's  nominee.

Donald Trump appeared from New York to thank his supporters

“I'm so proud to be your nominee for president of the United States. I look forward to sharing my thoughts with you on Thursday night, on how we build a brighter and more hopeful future for all Americans,” said Trump.

While Wisconsin Congressman and Speaker of the House Paul Ryan wasn't on board with Trump at the beginning he made it official tonight.

A big chunk of Ryan's speech centered on party unity at the Republican National Convention.

Just a few months ago, Ryan made national headlines when he said he wasn't ready to endorse Donald trump for president.

Ryan even went as far as offering to step down as chairman of this convention.

On the national stage, Ryan said he sees himself sitting behind a President Donald Trump and Vice President Mike Pence during the state of the union address.

Ryan acknowledged the arguments the party had over the nomination process,  but said those are signs of life signs the party isn't just going through the motions

Ryan also focused strongly on the conservative agenda as a whole saying conservative ideas can only be executed with Donald Trump as president.

“We can do this, we can earn that mandate, if we don't hold anything back, if we never lose sight of the stakes. Our candidates will be giving their all, their utmost, and every one of us has got to do the same,” said Ryan.