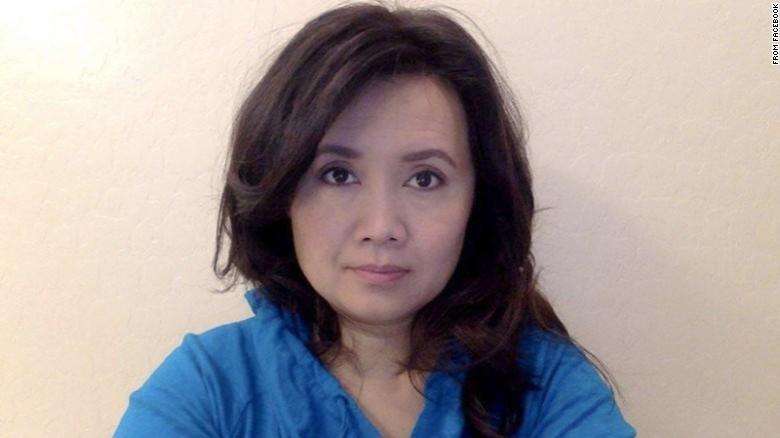 (CNN) -- Spanish police are investigating whether remains found buried at a farm are those of an Arizona woman who went missing while hiking the Camino de Santiago pilgrimage route, a provincial government spokesman told CNN.

The body was found early Saturday at a farm belonging to a suspect now in custody, said Jose Manuel Lopez Rodriguez, a spokesman for the government of the surrounding province of Leon. He said the suspect led investigators to the spot where the body was buried.

It is not clear whether the remains are those of Denise Thiem, 41, who vanished from the trail in early April, Lopez said. The body was likely buried for three or four months and that DNA testing is needed to confirm the identity, he said.

Thiem was last seen April 5 near Astorga as she hiked the trail, which is also called the Way of St. James, according to a Facebook page set up by her family.

The farm where the remains were found is in the village of Santa Catalina de Somoza.

The suspect, Miguel Angel Munoz Blanco, 32, has not yet been formally charged, Lopez said. He is in the custody of police in Leon.

Investigators started focusing on Munoz about two months ago, Interior Minister Jorge Fernandez Diaz said. Police and search dogs went to the farm Thursday, and on Friday evening Munoz led them to the body, Lopez said.

The interior minister met with national police officials in Astorga and praised the \"brilliant operation\" that culminated in the suspect's arrest.

The Camino trail through northern Spain runs nearly 500 miles from the French border to the traditional tomb of the apostle St. James at the Cathedral of Santiago de Compostela.

Originally a religious pilgrimage route, today it is popular with both pilgrims and hikers who enjoy the pastoral landscape. It is on UNESCO's list of World Heritage sites.