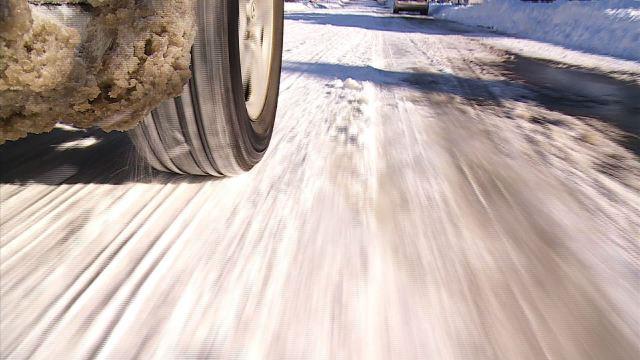 Sure it's Wisconsin and folks are used to the snow.

But recent history has shown that first snowfall of the season causes major headaches on the roads as drivers adjust to travel speeds and maneuvering.

Sometimes, it's not as easy as riding a bike.

The Milwaukee Police Department is offering some friendly reminders ahead of the forecast.

"Allow for extra stopping distance and lower your speed, do not follow other vehicles to closely, and be aware of your surroundings and the vehicles around you," said Sergeant Timothy Gaureke. "Be aware that road conditions can quickly change become more dangerous, fully remove all snow from your vehicle's windows, and have emergency items in your vehicle such as a shovel and blanket."

CBS 58 Weather says as of Thursday afternoon it appears the snow will move in after 9 pm on Friday.

The overall thought is the bulk of the snow accumulation would occur between Midnight and Noon Saturday.

Light snow showers will continue through Saturday afternoon before tapering to evening flurries.

"Widespread 2” to 5” totals are expected," says CBS 58 Chief Meteorologist Drew Burgoyne. "However, there are some indications that up to 6 inches of snow is possible along the border of Illinois and Wisconsin. There are plenty of fluctuations with the track of this system, and that will determine where the heavy snow falls."

Temperatures for Saturday morning will be below 32 degrees.

So, roads will become snow covered and problematic, especially in construction zones.

The winds will also increase during the day on Saturday.

Blowing and drifting snow is also a possibility.

The public also needs to be aware of road closures because of the parade and USS Milwaukee Commissioning Ceremony both of which are being held on Saturday.

The public should be aware of the following:

Starting at 6:00 a.m. the following streets will be closed to vehicular traffic:

At 8:30 a.m. the following street will be closed due to the parade route:

Tickets for this event were distributed prior to the day of the Commissioning Ceremony.  Only those with a ticket will be permitted to enter the grounds.

A free shuttle bus will be available from designated parking locations to the Commissioning Ceremony.  The public should expect traffic congestion on Lincoln Memorial Drive from Lagoon Drive to Michigan Street starting at 10:00 a.m.

Those attending the ceremony are encouraged to exit 794 eastbound at the Jackson and Van Buren Street exit and travel east on Michigan Street for parking.