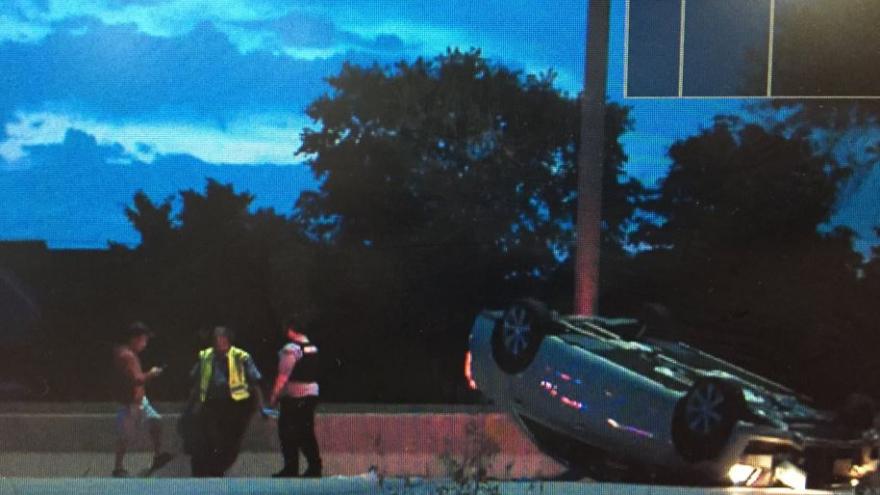 MILWAUKEE COUNTY, Wis. (CBS 58) -- A man is dead after the Milwaukee County Sheriff's Office says he shot himself in the head on I-41 Monday morning.

Deputies say the man crashed into the median near Good Hop Road. First responders had to cut him out of the car to try to start life-saving measures but he was later pronounced dead at an area hospital.

Detectives say they found a gun inside the car.

The crash shut down the interstate for several hours Monday morning.

MILWAUKEE COUNTY (CBS 58) – The southbound lanes of Interstate 41/U.S. 45 are closed due to a rollover crash Monday morning.

Drivers should use Lovers Lane as a detour and rejoin the freeway at Silver Spring Dr.

CBS 58 is working to learn the details of the crash.