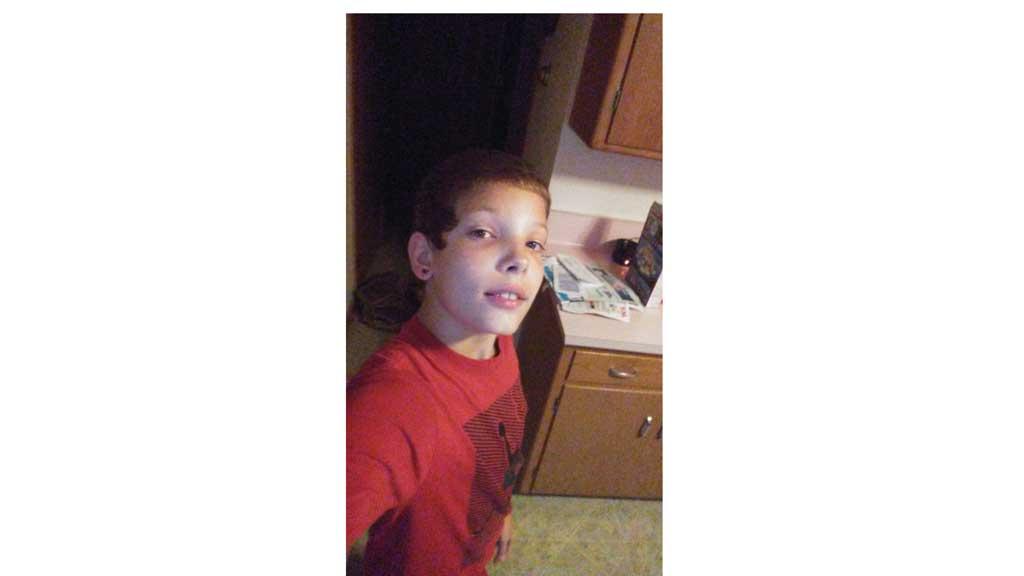 Kyler Ellison was last seen on Wednesday at 8:30 AM near 1300 Manistique Avenue in South Milwaukee.

According to police, Kyler found out that his dog ran away from his aunts house in Evansville, Ind.

When his mother saw this she blocked him from leaving the house.

Kyler then jumped off the balcony.

Kyler is believed to be using bike paths from South Milwaukee south to Indiana.

He was riding a men's 10 speed mountain bike, dark in color with curved handlebars. Kyler has his mothers old cell phone with WIFI capability only. According to Kyler's Facebook, Kyler was last online at approx. 2:00 PM at unknown location.

If seen/located please contact local police department. Kyler has been entered into NCIC as Missing/Runaway.