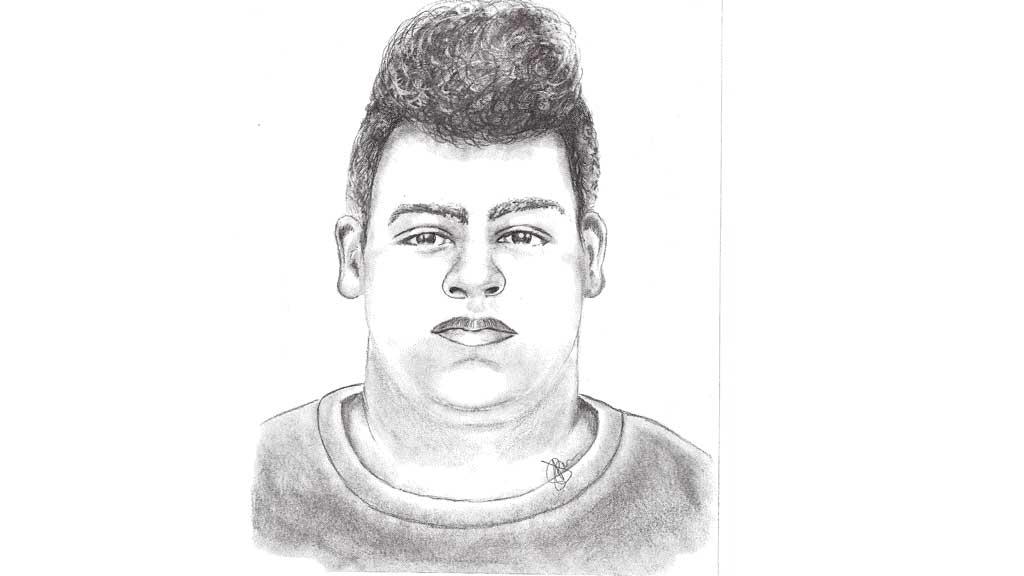 South Milwaukee Police have released a sketch of an attempted sexual assault suspect.

According to a release by South Milwaukee Police, this person would have been seen in the Grant Park main beach and clubhouse area in the evening hours of Tuesday July 12th, 2016 between approximately 8pm-10pm.

If you feel you recognize the person or may have seen the subject in Grant Park on that date/time please contact the SMPD at 414-768-8060. Please do not attempt to make contact with the person if you believe you see him or know him. If associated with a vehicle, please be sure to copy down the license plate and provide it to the police.

The female victim reported she was walking on the sidewalk and noticed a subject following her. The subject waited until she was in a dimly lit area and then hit the victim from behind. During the attempted assault the victim was able to flee from the subject.

Subject described: Hispanic male, 6' 2" – 6' 4", heavy build (around 350 pounds), red basketball shorts, dark t-shirt, no facial hair, no glasses, no tattoos, scabs on both shins. The victim described the subject’s hairstyle as a “Johnny Bravo” style (short on the sides and longer/curly in the front). If any person knows the subject associated with this crime they are encourage to contact the SMPD at (414) 768-8060.