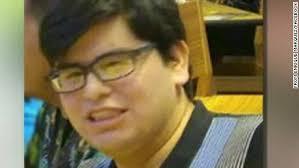 (CNN)More than a week later, authorities are still digging to make sense of the San Bernardino massacre, piecing together the clues they've compiled so far and trying to discover more, including by investigating the shooters' electronic trail and searching a lake near where the carnage occurred.

The identity of the killers, Syed Rizwan Farook and Tashfeen Malik, is not in doubt. But investigators want to find out more about who this married couple interacted with, how they hatched and carried out the plot, and why.

Marquez said he had nothing to do with devices found at the home of Farook and Malik, or the ones that apparently failed to go off at the site of the shooting, the officials said.

Marquez, who has spent several days being voluntarily interviewed by the FBI, portrayed the two men as hobbyists experimenting with building the devices, the officials told CNN.

He also boasted, one official said, that if he had made the bombs they would have gone off.

He previously said that he and Farook conceived a terror plot in 2012, but abandoned their plans after the FBI arrested an unrelated group in Riverside.

Marquez has emerged as a person of interest in the San Bernardino shootings because he bought rifles used in the attack.

He checked himself in to a mental health facility after the San Bernardino attack. He has not been charged with a crime.Divers ended Friday evening a second search of a small lake in a park a few miles from San Bernardino's Inland Regional Center, where 14 people were killed last week.

David Bowdich, the assistant director in charge of the FBI's Los Angeles office, wouldn't comment on what they were looking for. But he said Farook and Malik were in the area "at some point," without specifying if this was before or after the massacre.

One of the items divers likely are looking for is a missing hard drive from the couple's computer. Investigators believe the hard drive was removed as a way to cover up the crime.

Bowdich has said the search will take several days.