‘Sorry I Tried To Bite You’: Louisiana woman buys apology cake for officer after arrest 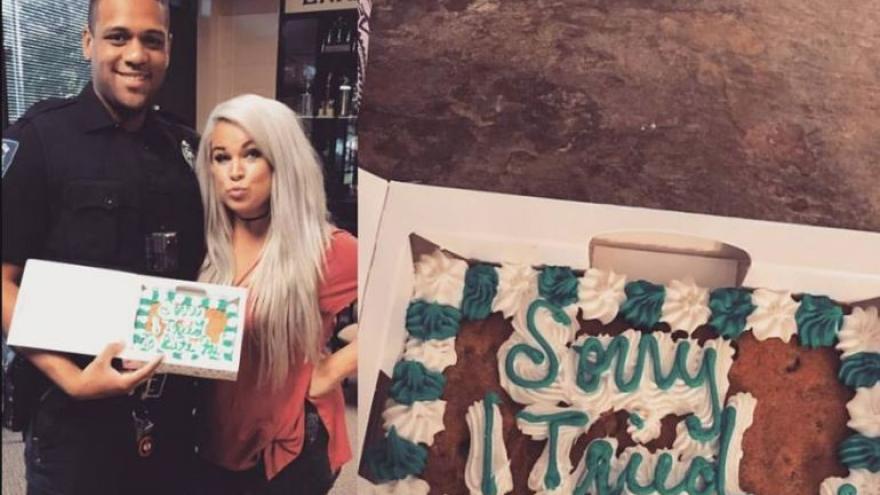 LAKE CHARLES, La. — (WGNO/CNN) A Louisiana woman tried to bite a police officer after she had too much to drink, and she wants everyone to know she feels really, really bad about it.

Celina Dally of Lake Charles told KATC that she and a friend went to a wine tasting recently at McNeese State University, where Dally had a few too many glasses of wine.

Her friend ended up calling police after Dally passed out in her friend’s car, and when Dally woke up, she was in a jail cell, under arrest for public intoxication and assaulting a police officer.

Dally said she tried to bite the police officer, a move she’s not proud of.

The college student tried to make amends by bringing a cookie cake to the officer, along with a sincere apology.

The message on the cake — “Sorry I Tried To Bite You.”

Dally posted about the cake and apology to the officer on her Facebook page. It has been shared thousands of times over the past few days. 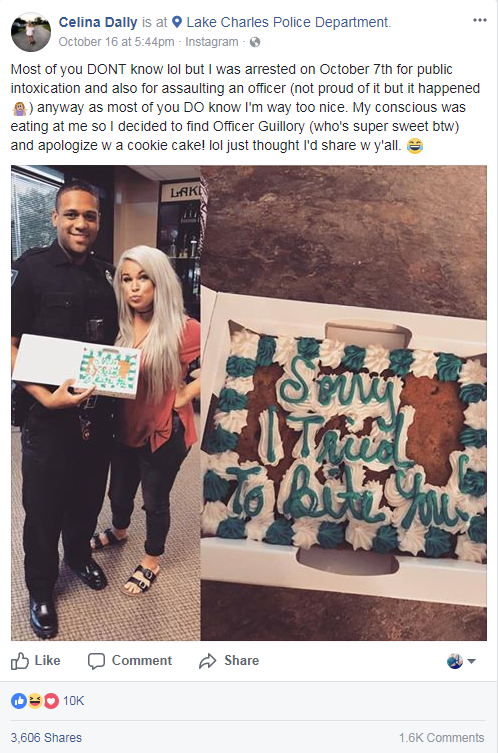