Sonogram Shows Car Instead of Baby 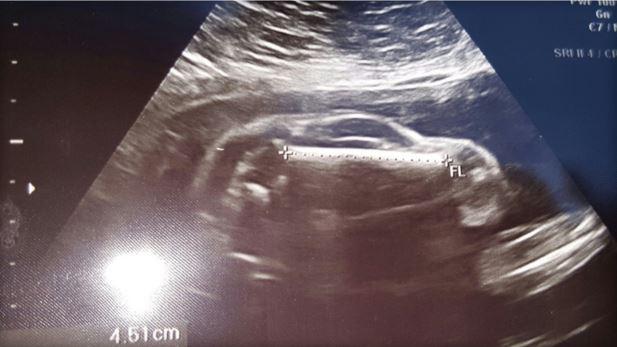 (CBSNews) A pregnant Missouri couple who went in for a sonogram to see if they were going to have a boy or girl said the vision on the screen before their eyes didn't resemble either.

The proud father-to-be, Mike Roberts, announced on Reddit, "My wife is pregnant with a sports car."

Roberts thinks the baby is a Bugatti, one of the world's most expensive, luxurious sports cars.

"We know it's a boy car," said mom-to-be Reena Roberts.

"Hate to spoil your dreams, but it looks more like your going to have a PT Cruiser. I recommend a PTernity test ASAP," a user named Nightfall responded.

"Just remember to tell your wife when she's delivering to make sure to give it one last Porsche (laughter)."

Another said, "The all-new Ford Fetus."

And, "So that's where cars come from."

The picture is an image of the baby's thigh bone being measured, Roberts said.