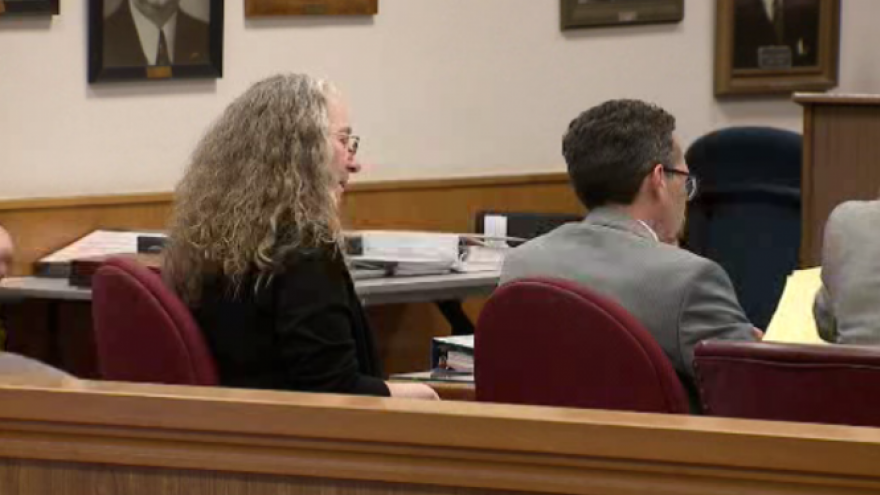 WAUKESHA COUNTY - Jury members heard the voice of Amy Van Wagner today on the second day of her trial in the murder of her husband.

Amy Van Wagner did not take the stand but over an hour of conversation between Van Wagner and a detective was heard today. It was recorded just two days after her husband's body was found. The detective asked again and again - did she kill her husband?

The prosecution has pointed out a number of odd circumstances in the days leading up to Stan's body being discovered which *they say* points to Amy Van Wagner's guilt. That includes moving a deer skin rug that was found full of Stan's blood, that was always displayed prominently before his death.

In the afternoon, the Van Wager's youngest son took the stand. The court has ordered that we don't show his name or face.

Amy was paying close attention to her son's testimony especially when he recalled fond memories of his father.

Prosecutor: "Do you recall a text that your mother sent you on Friday morning?"
Son: "That there were smokes down in the office and that my dad had put the deer skin rug as a carpet and she thought that was pretty cool."
Prosecutor: "What was that about?"
Son: "My dad would tan hydes and he had one in the office, usually it was on top of the ottoman when I recall seeing it."

Their son also said his parents got along and were very affectionate in public.

The defense says there are witnesses that say they saw Stan alive on Saturday which they say pokes holes in the prosecution's theory of how Stan Van Wagner died.