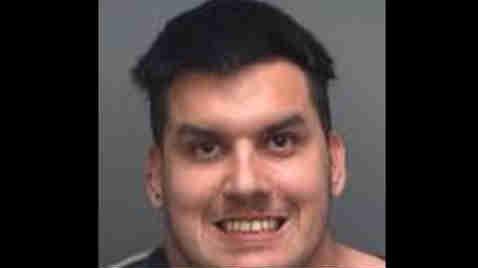 (CNN) When the cops showed up to a subdivision Wednesday night in Oldsmar, Florida, it wasn't to break up a loud party or for any sort of bacchanalian revelry typical of New Year's Eve.

No, Mario Gomez called 911 to report something far more sinister and ghastly: His brother had just cut off their mother's head with an ax.

Responding deputies found the decapitated body of 48-year-old Maria Suarez Cassagne alongside garbage cans outside of the Tampa-area home, according to the Pinellas County Sheriff's Office. Her head was inside one of them.

Gomez told the authorities that his younger brother, Christian Gomez, had fled the scene, but he didn't make it too far. The Sheriff's Office said it found the 23-year-old some 30 minutes later on a bicycle about a mile from his home and took him into custody.

What could possibly lead a son to be accused of cutting off his own mother's head and then disposing of her body as if trash?

The younger Gomez -- who admitted to the murder, according to the Sheriff's Office -- was apparently fed up with his mother's \"nagging\" over the previous two days about moving some boxes into the attic, Sheriff Bob Gualtieri told CNN.

Christian Gomez, 23, has been charged with first-degree murder and is in the Pinellas County Jail. It was not known by the Sheriff's Office whether he had retained an attorney, and the Public Defender's Office was closed New Year's Day.