"Somebody shot my baby:" Infant shot dead in father's arms 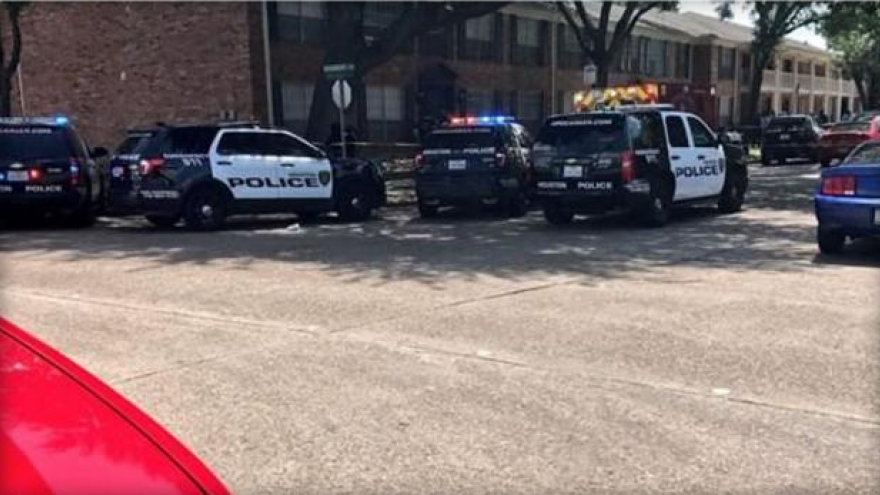 HOUSTON -- Houston police sought three men Thursday after one of them started shooting at a man taking his 10-month-old son for a walk at an apartment complex and struck the infant, killing the child in his father's arms.

A furious Police Chief Art Acevedo called the slaying of Messiah Marshall "callous and cowardly" and promised his department "will not rest until we bring three cowards into custody."

"I don't know about the rest of this community, but I can tell you we are angry here and we are angry because there is no excuse in this day and age to cross this line."

Authorities said the 22-year-old father, whose name has not been disclosed, was approached by the three Wednesday afternoon at an apartment complex on the city's southwest side as he was helping his young son walk while taking out the trash.  An argument ensued and one of trio pulled a pistol and began shooting. As the father ran carrying the boy, the child was hit.

Witnesses told CBS affiliate KHOU the father ran to a nearby gas station, screaming for help with the lifeless baby in his arms.

"I went to put gas in my car and later I saw a guy coming around with a little baby and he said, 'Somebody shot my baby,' and I am close to him and I'm in shock and when I saw the baby, I just started screaming, 'Oh my God, oh my God,'" said a witness on the scene.

A motorist spotted a deputy constable at a convenience store nearby who summoned paramedics but the little boy was pronounced dead at the scene.

The chief declined to speculate on a motive. Authorities have said the father told them he didn't know the three men.

"Bottom line is ... it doesn't matter what motivated them," Acevedo said. "To me, I don't care what was going through their minds."

Acevedo said he believed someone at the complex saw the shooting and knows who the suspects are. He urged witnesses come forward despite fears of retaliation.

"When a little kid gets shot and killed ... we're not going to put up with this," the chief said. "Gangsters killing each other, not good. But gangsters, and these are going to end up being gangsters, killing a 10-month-old boy being held by his father, that's outrageous."

Houston Police are asking anyone with information to contact the Homicide Division at the Houston Police Department or call Crime Stoppers at 713-222-TIPS (8477).