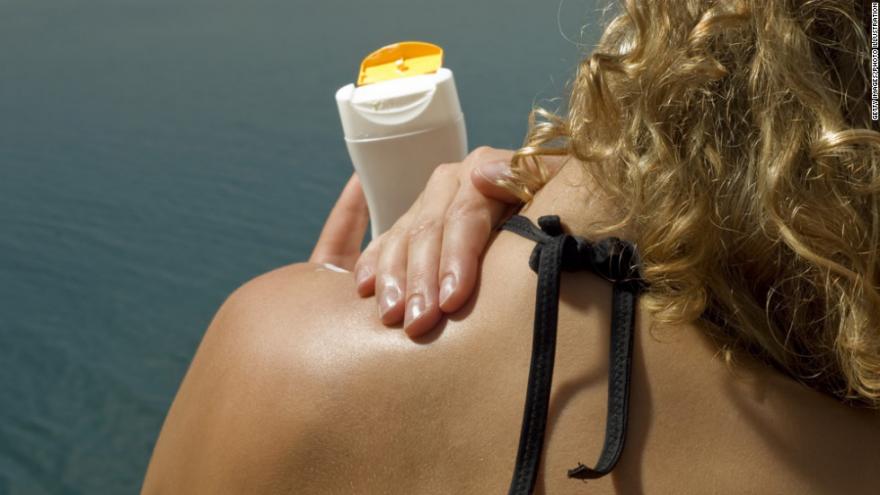 But before they head out, they always lather on the sunscreen.

"I have had three basal cell carcinomas and four precancerous moles removed in the last three years. It's a big deal," Susan said.

The threat of skin cancer was a wake-up call to protect herself and her son, who burns easily.

But when Paul is at school, he and other students cannot apply sunscreen without a doctor's note. That's because the Food and Drug Administration classifies sunscreen as an over-the-counter drug, like cough syrup.

Rhode Island is among eight states with pending legislation that makes an exception for sunscreen. At least seven states have passed a law allowing students to apply sunscreen.

"If there was widespread use of sunscreen and that was used properly we would definitely see a decline in our skin cancer rates," said dermatologist Jeff Ashley, who helped craft California's law to allow sunscreen in schools.

Susan says shining a light on sunscreen safety may save lives.

"All the damage is done young, but you don't know it now. But you're preventing it when they get older," she said.

States in the northern part of the country have some of the highest rates of melanoma. Each year, over 70,000 people are diagnosed and about 9,000 die from the disease.