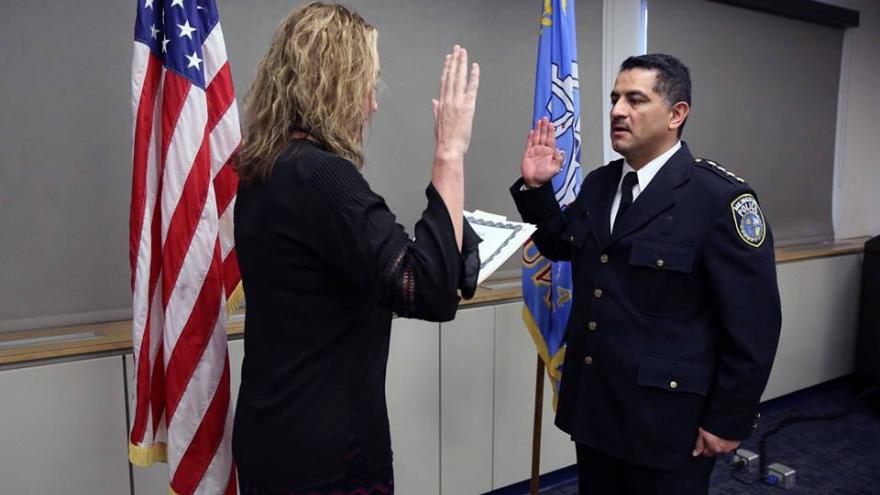 MILWAUKEE (CBS 58) -- Alderman Terry Witkowski has issued his own congratulatory message. The Alderman said he looks forward to "working cooperatively to reduce crime and improve traffic safety in the city."

The statement goes on to say:

"With the Police Department being the city's largest cost by far, new ways of delivering police service and innovative thinking will be required. The city has faced lawsuits from police actions that further strapped city finances and alienated parts of the community."

The message went on to say:

"The Board had a very difficult choice between two highly-qualified candidates and it is for the further good of the community that Inspector Michael Brunson will be remaining with the department to assist Interim Chief Morales with the difficult work ahead."

Interim Chief Morales was sworn in on Friday. His wife and daughter pinned on his badge.