Solid warmth this summer and so far this year for Milwaukee

NOW: Solid warmth this summer and so far this year for Milwaukee

It's definitely felt like a real summer this year. We've had a plethora of 80s, but not so many oppressive 90s. 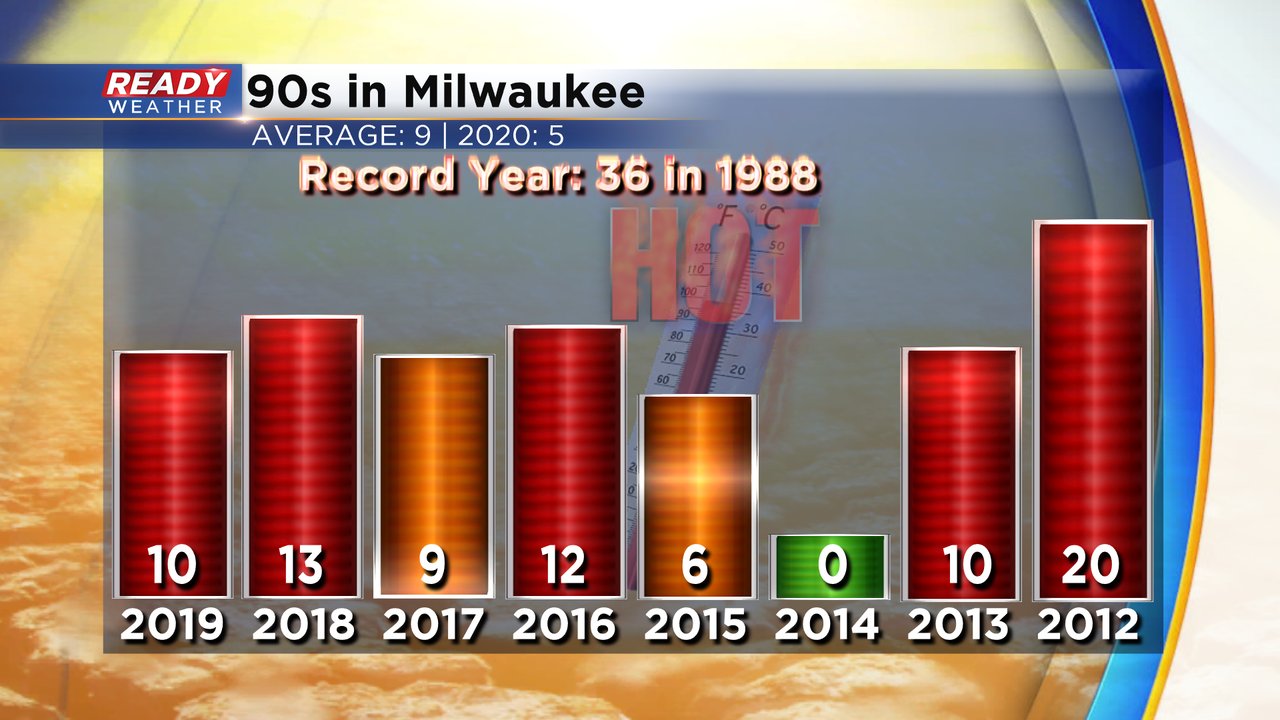 Our last 90 was on July 26th, also coming in as our warmest day of the year reaching 95 degrees. While we average nine 90s per season, so far we've only tallied up five of them. But the impressive and at times record breaking consecutive stretches of 80s have helped pushed Milwaukee to one of the warmest summers on record. 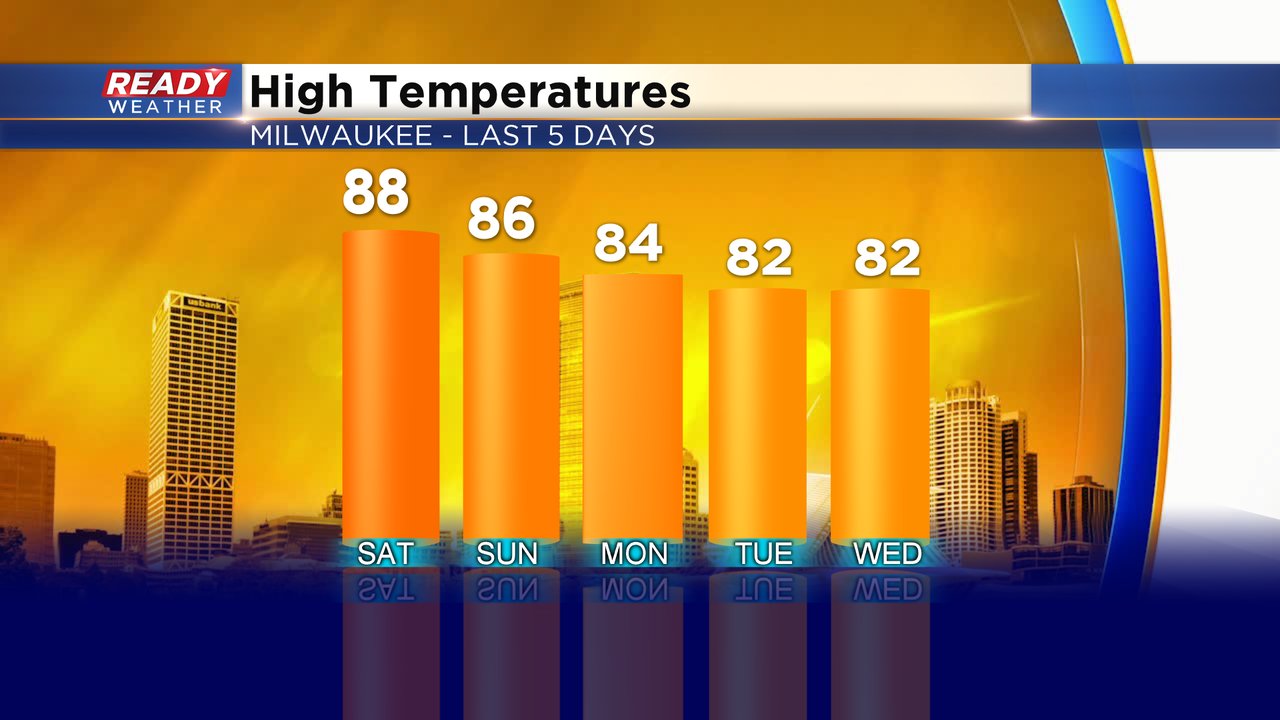 While August started a bit on the cool side, the 80s returned in full force last weekend. And we expect 80s to continue through this upcoming weekend. That means our warm rank so far should continue to rival our warmest years. Looking back through 2020 all but April and May ended above average on temperatures. The warmest above the norm was January ending 7.9 degrees above average, which is really pretty significant. July, March, June and February are the other months ending above normal in descending order of higher than average temps. 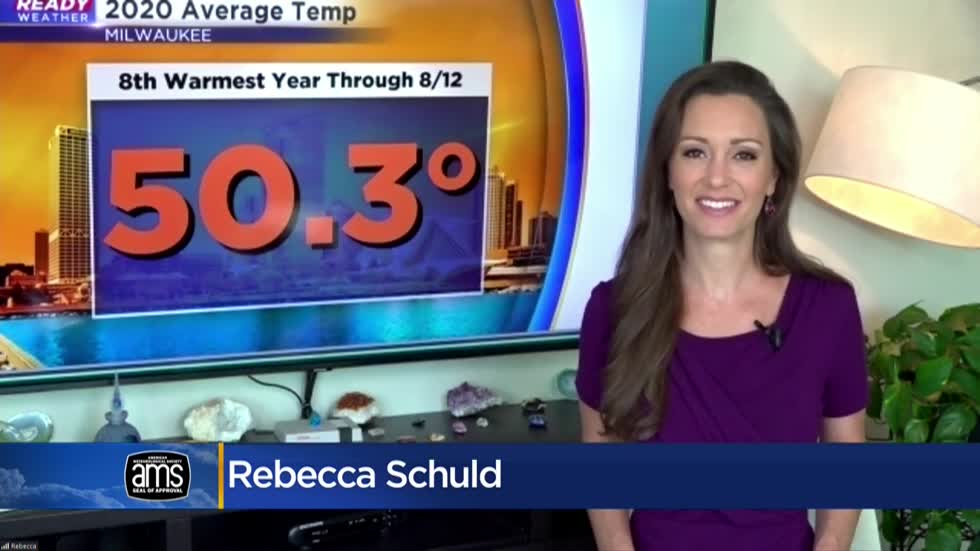 Through yesterday's climate data, Milwaukee has an average yearly temperature sitting at 50.3 degrees. That puts us at 8th warmest year so far!

We have a chance for scattered showers and storms, mainly Saturday afternoon and early evening along the passage of a cool front. In time cooler 70s will follow to start the week. But like much of this summer, the cooler spells don't last long. Look for another hot weekend building as we head into the following weekend with mid and upper 80s likely once again.