Snow Sculptures are Being Created for Sunday's Packers Game 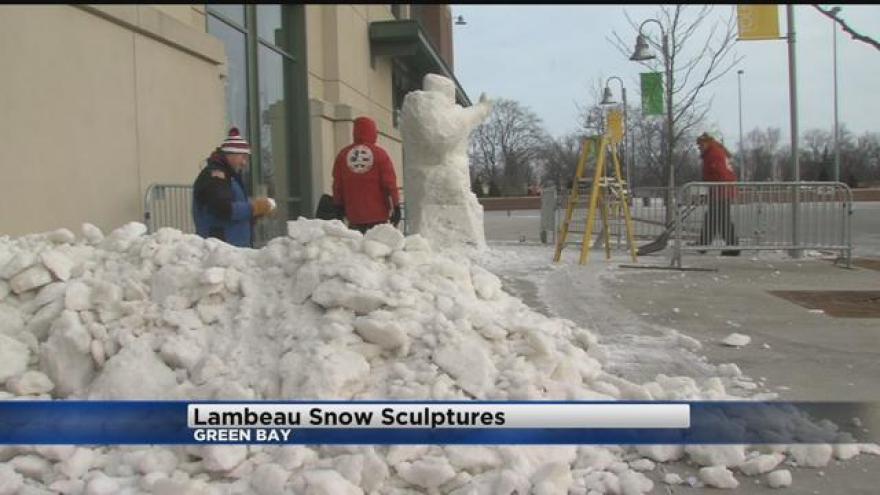 The snow sculptures outside Lambeau Field are nearly complete for Sunday's game.

It seems everyone here in Green Bay is getting into the game day spirit. These guys you see behind me were hired by the packers to give the area around the stadium an at-home atmosphere.

They started putting them together on Wednesday and expect to finish by Saturday.

The so-called team captain here owns a sculpture shop in Milwaukee’s Third Ward, but he's originally from Green Bay and a diehard Packer fan. He says this artwork just adds to the home field advantage.

These guys said one good part about working with snow is that it's forgiving. If you mess up, you can just repack it and try again.