Snow forecast for Thursday. Plenty of changes on who gets the snow. 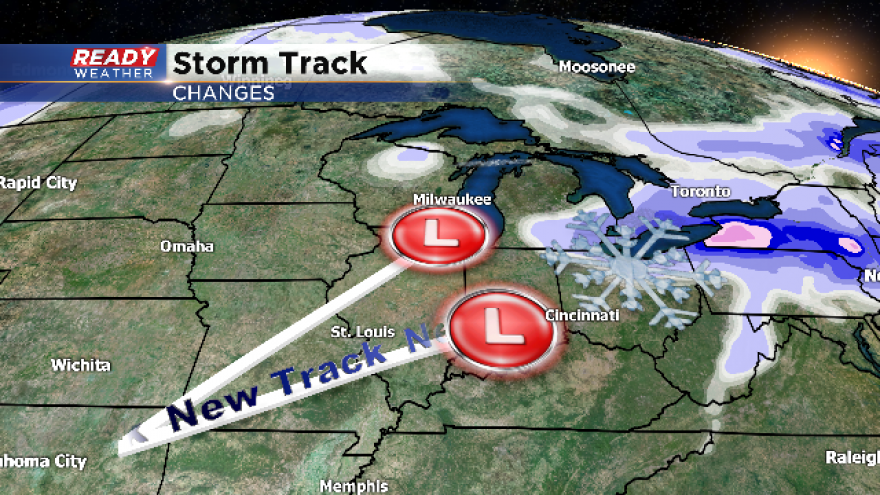 Just a few days ago the computer models painted a picture of snow all across the area with several inches of accumulation.  The latest computer model runs have changed drastically, and now only a certain part of the area will actually pick up on snow.

Take a look at the graphic above.  The original track of the surface low was forecast to move across central and northern Illinois.  That track was favored just 24 hours ago and would have blanketed our entire area with snow.  Today the low track has shifted south.  The drop south has pulled the significant snow accumulation out of our area. 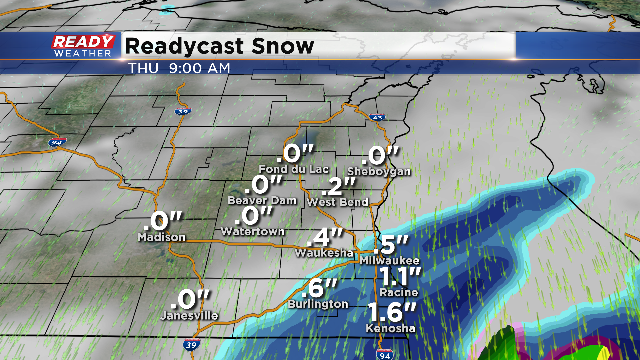 The best chance for a mix to snow will be along and south of I-94.  Racine, Kenosha, and Walworth counties will have the best chance to pick up an inch of snow; otherwise, areas to the north will see around a half an inch.  It's very possible that places north of Milwaukee won't see much at all.

The morning commute could be slick along the border of Illinois and Wisconsin.  The snow should be done by the late morning and not impact the evening commute.