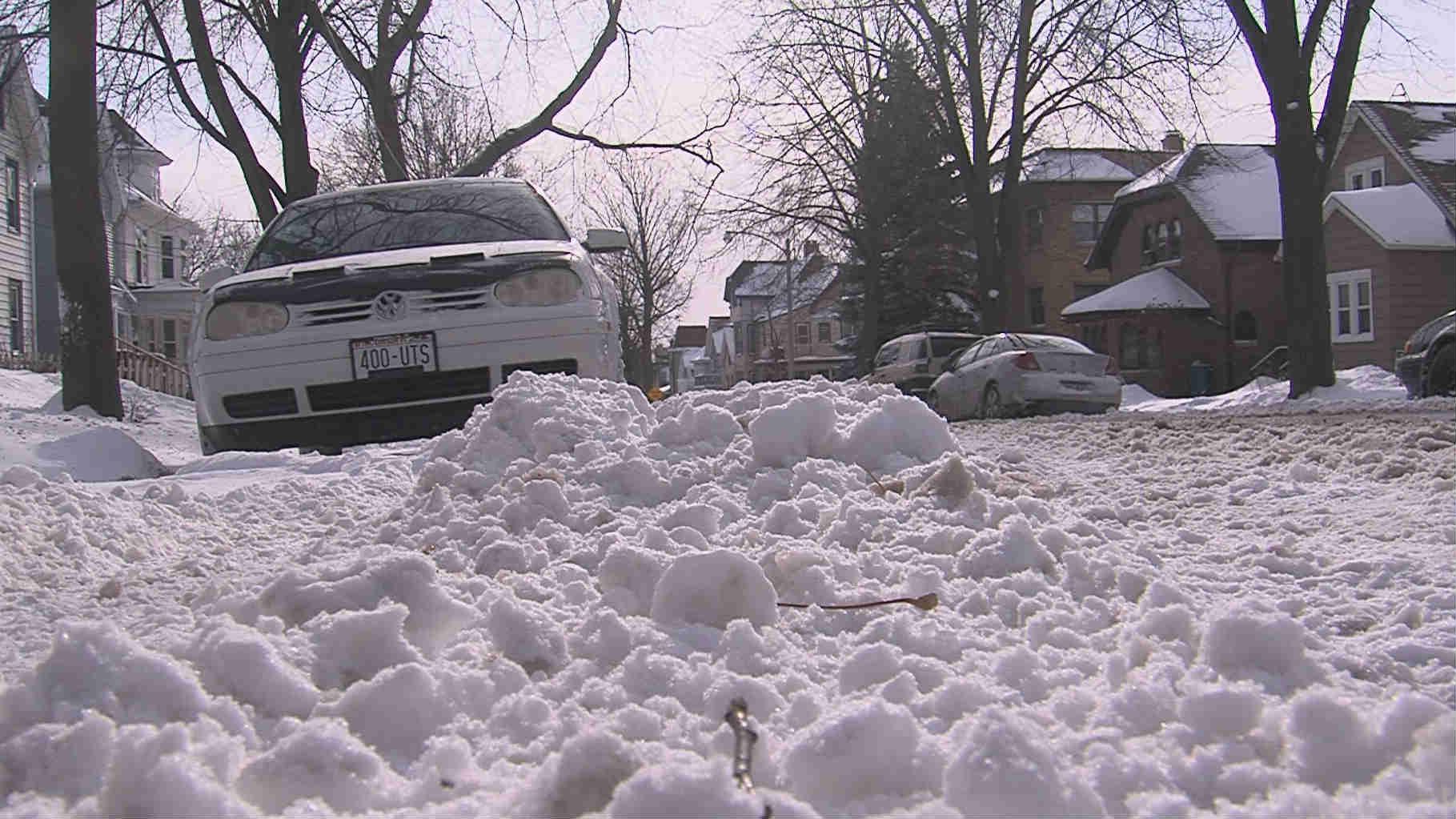 Thursday's snow storm dropped about three inches of snow on Milwaukee, but Friday afternoon, many side streets were still snow-covered.

\"It's pretty rough out here,\" Angela Silva said in front of her car parked off Brady Street on the east side.

Silva was running errands more than 12 hours after the snow stopped.  She was still slipping around corners, hoping to avoid adding to the 91 crashes Milwaukee saw during the storm.

\"I don't remember it being like this past winters, I remember them being a little quicker with [plowing snow],\" Silva said.

\"Even though the snow stopped around 9 [Thursday night], there was some blowing and drifting of snow right through midnight that kept recovering the main streets,\" Department of Public Works Sanitation Services Manager Wanda Booker said.

The city salted main streets as well, but only used a sand-salt mix on side streets, if at all, rationing the 49,000 tons that remain.  Booker says the city is trying to avoid running out of salt, as many communities did last winter.

\"I feel like this is deserving of some salt,\" Silva said of the snow-covered east-side roads.  \"I see rationing it, but I think we need to choose when we're going to use it a little better.\"

Over in West Allis, Max Blawat worked on shoveling off his sidewalk - a path much clearer than the side street he lives on.

\"I would expect it to be much better,\" Blawat said.  \"We didn't have one of our typical huge storms, it seems like then it was cleared faster.\"

West Allis trucks got out earlier than Milwaukee's, going full force around 7 p.m.  The main roads were clear in time for the morning commute Friday, but by the afternoon, many side streets still needed work.

Lewis says his city has plenty of salt left, but like Milwaukee, West Allis uses a sand-salt mix on the side streets to conserve.  Lewis says the city recently purchased 500 tons of extra salt around $63 a ton to get through the winter.

\"Please,\" Blawat said before going back to his shoveling.  \"Yeah, it would be great.\"

Tuesday, about an inch an a half of snow fell, but the City of Milwaukee chose not to plow. The DPW says it learned from that mistake and will now plow any time there is at least an inch of snow.