Snow cover the lowest in 14 years! 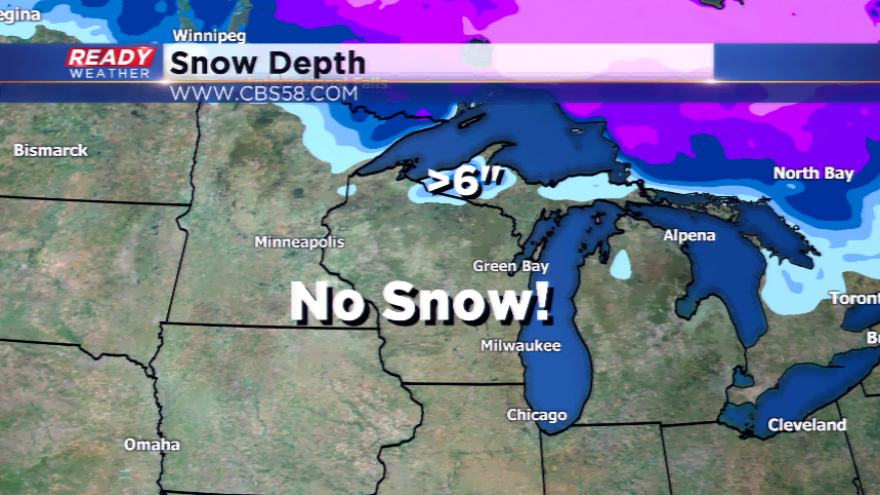 If you look around the Lower 48 of the United States, the snow cover is bare! Places that usually have snow on the ground, have seen the powder, or are used to shoveling this time of year are not. 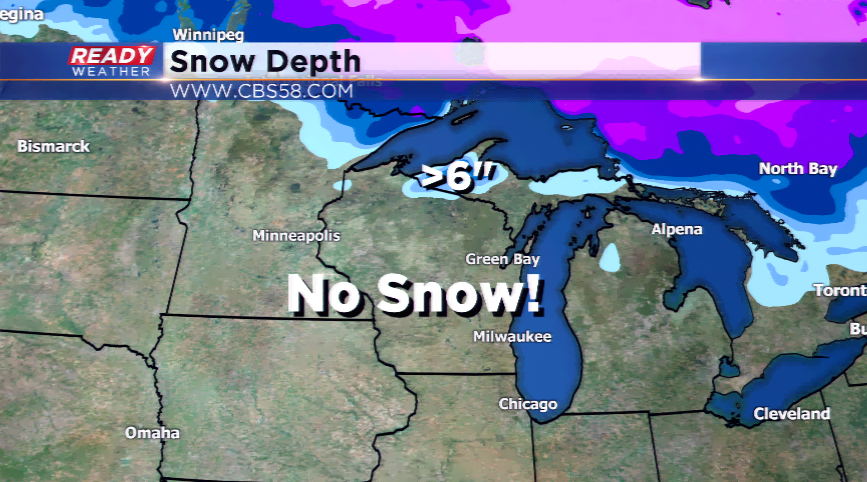 The only spots around the Midwest or Great Lakes that has snow on the ground still are far northern Wisconsin, parts of the U.P, and a few pockets in lower Michigan and northeastern Minnesota. Southeastern Wisconsin has escaped the madness with six “snow days”, but only 0.2” of snow has fallen. If you compare that to the last five years, only 2016 and 2012 had less up to this point. 2015, 2014, and 2013 all had a few inches that fell, and even had snow on the ground at this time during the year. 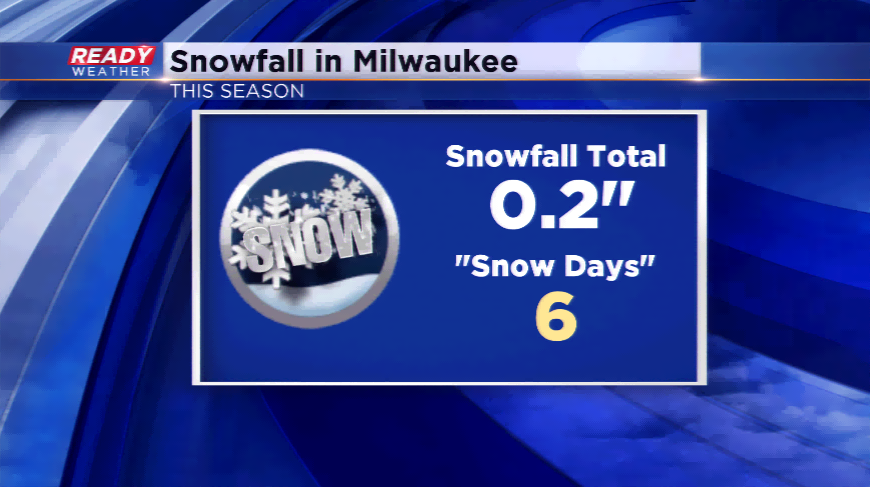 So what gives? Why haven’t we seen much snow this year? It has nothing to do with the cold air since we have seen several shots of cold air. In fact, the average temperature for this month is below average at 38.5°, a departure of -1.2 degrees. 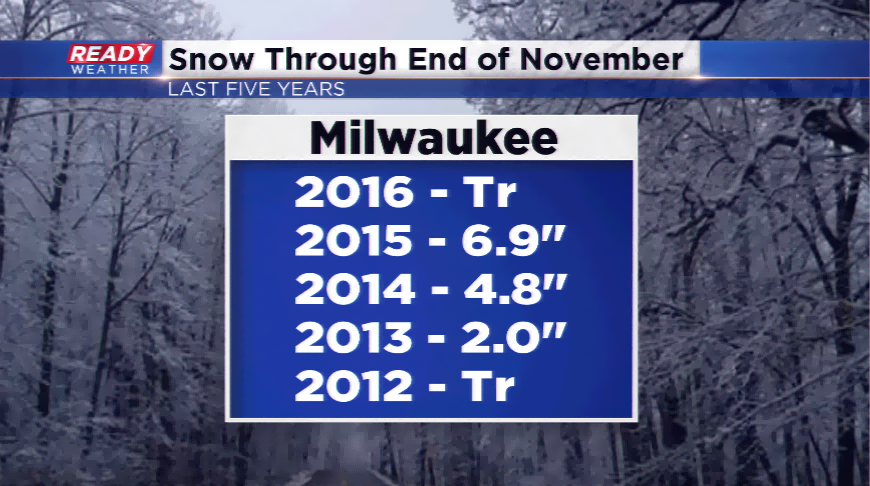 The lack of snow has to do with the type of systems that have pushed through. If it was a cold system that could have produced snow, there wasn’t enough moisture to support major snowfall. Precipitation overall is well below average this month at -1.08”. The precipitation total is only 1.37”. All systems that had the dynamics to produce heavier snowfall had warm air attached to the system with the jet stream north – so rain fell instead. 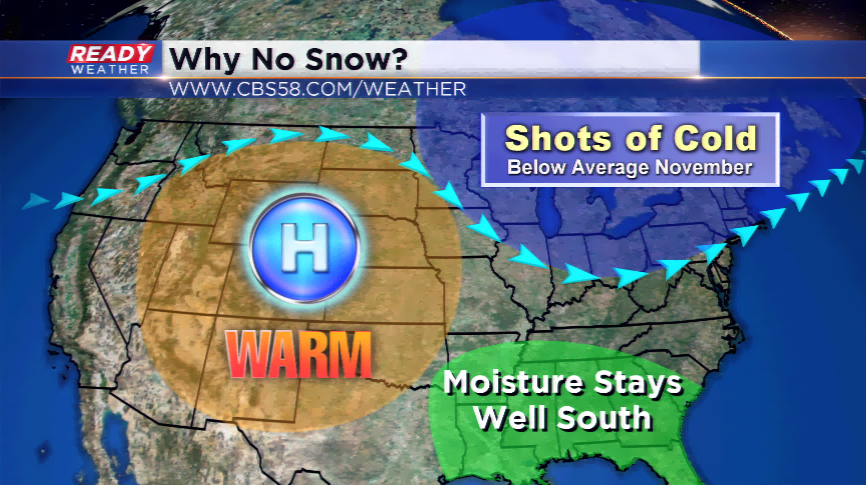 With warmer air expected to linger into December, this pattern could stay put for the next few weeks.