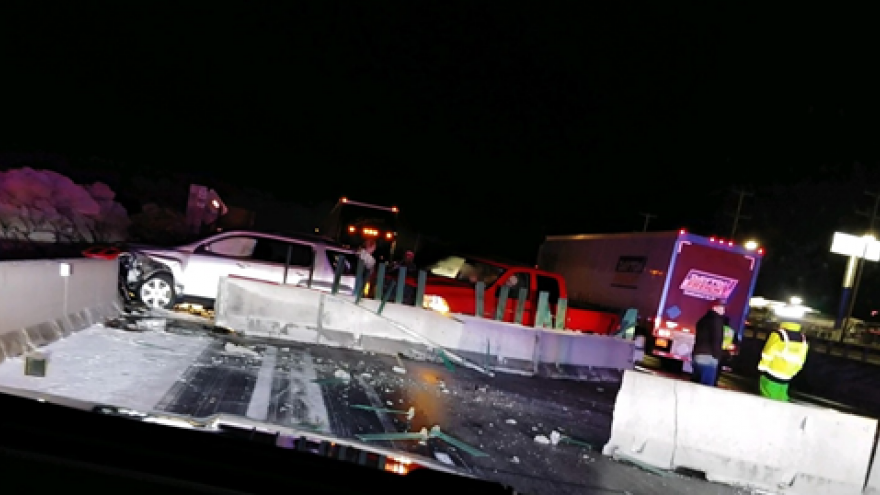 RACINE COUNTY (CBS 58) -- An early morning burst of snow and freezing rain sent drivers off the road and shut down a portion of I-94 in Racine County for more than three hours Saturday morning.

A north bound semi-trailer truck hit and went through the median wall at 6 Mile Road, knocking the wall sections into the south bound lanes of I-94.  Due to the icy roadway, several south bound cars were unable stop on the ice and collided with the barrier wall.

There was a two car accident at 7 Mile Road, a plow truck and car collided near HWY G and one car left the road near the same location only 10 minutes later.

The Racine County Sheriff’s Office responded to a car versus tree accident and two cars going into the ditch due to the weather.