Small Town Wisconsin About to be Seen Internationally 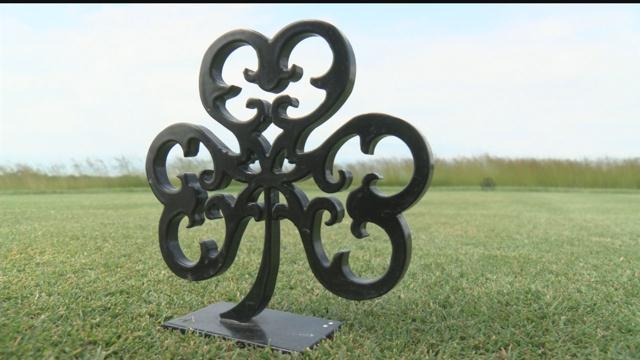 Small town Wisconsin is about to be put on the map in a big way. The town of Erin will host the 2017 U.S. Open golf tournament.

"It's neat to think that the entire international golf world is going to converge on Erin, Wisconsin for a week next June," said John Morrissett, Competitions Director for the Erin Hills golf course.

They've known about this since 2010, but now the pressure, while good, is being turned up to get things ready. Of course, the U.S. Golf Association is helping.

"They have had three staff people living here in Wisconsin since last summer working on this, working on the parking, transportation, working on security, first aid," Morrissett added.

Usually the USGA requires alterations to a golf course before a tournament happens, but only a few tweaks have been made to Erin Hills. The U.S. Open is forecast to have an economic impact worth more than $100 million. Some of that will go to the local restaurants like Tally Ho Pub & Grill. The owner said they've been getting ready for the last five years and plan to make improvements to the building in time for next year.

"I just started here back in December and I'm gonna stay through it all and for however long," said Michelle Fairbanks, a bartender for Tally Ho.

So, by all accounts, outside of a list of final touches, everyone's ready.

"11 months from now you'll see the big grand stands popping up here and there and it'll have a little bit of a British Open feel to it," Morrissett said.