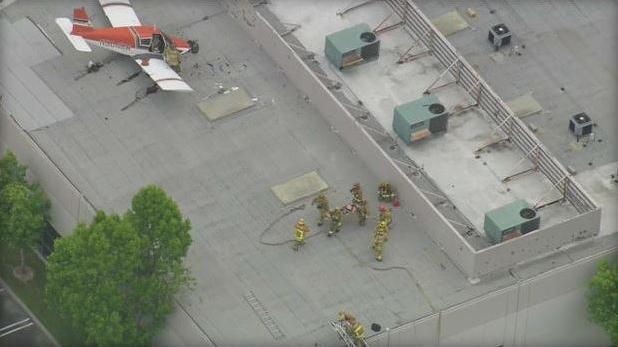 (CBSNews) POMONA, California -- Firefighters say a plane with two people on board has crash landed on the top of a building in Pomona, California, CBS Los Angeles reported.

The extent of their injuries is not known.

The fire department says a call came out at 4:40 p.m. Sunday that a plane landed on the roof of a building at 901 Corporate Center Drive in Pomona.

No further information was immediately available