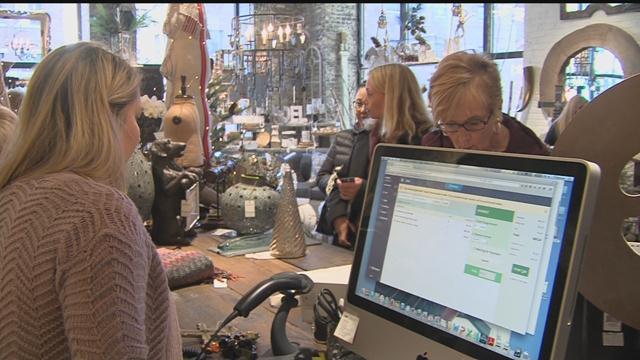 It was one of the busiest days on Small Business Saturday in Milwaukee’s Third Ward.

“There is so much going on down here in the third ward it's doing so well as it develops and we hope it gets in even better next year ,” says Honsa.

According to a consumer insights survey, more than 3 out of 4 costumer's plan to "shop small" during the holiday season, and days like today have a huge economic impact.

“There are days we can have a great day and there are days when it's dead. So Small Business Saturday really represents to us everything we want to bring to the community”, adds Honsa.

The "shop small movement" was created by American express back in 2010, its goal is to promote customers to shop local and it seems to be working.

“I think it’s really important and I think it's something everybody should want to do. To be honest it's part of your community,” says shopper Courtney Schempp.

“We still have some big weeks ahead of us before Christmas,  so I’ve already had some things pulled up on my computer that i need to reorder so very big day,” says Terry Peterson co-owner of Inspired.

Small business owners say they will use social media, in efforts to keep bringing in customers these last weeks before the year ends.