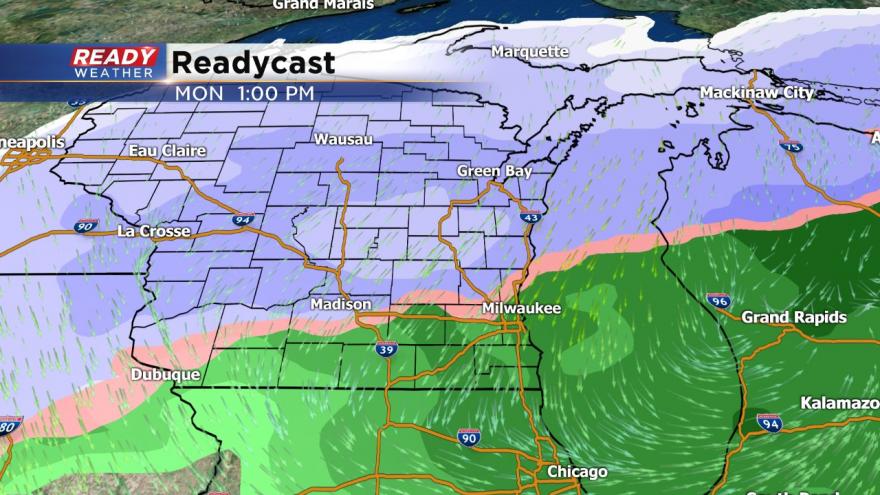 After a quiet stretch of weather, a mix of both rain and snow will impact the area on Monday as a strong storm system tracks through the area.

Temperatures will be warm enough Monday morning for the precipitation with the system to start as all rain, but the rain will change over to snow from north to south throughout Monday afternoon, which could make for a sloppy evening commute.

The snow will come to an end Monday night, but roads could still be slippery Tuesday morning. Right now, it looks like an inch or two of snow could accumulate, with a majority of that falling Monday evening. Being several days out, snow amounts could change depending on the track of the system.

Behind this system, the coldest air since March will move into the area and linger through the middle of next week. Expect highs to top out around 20 early Tuesday morning and then struggle to make it out of the teens the rest of the day.