Slenderman Stabbing Suspects Both Will Be Tried in Waukesha County 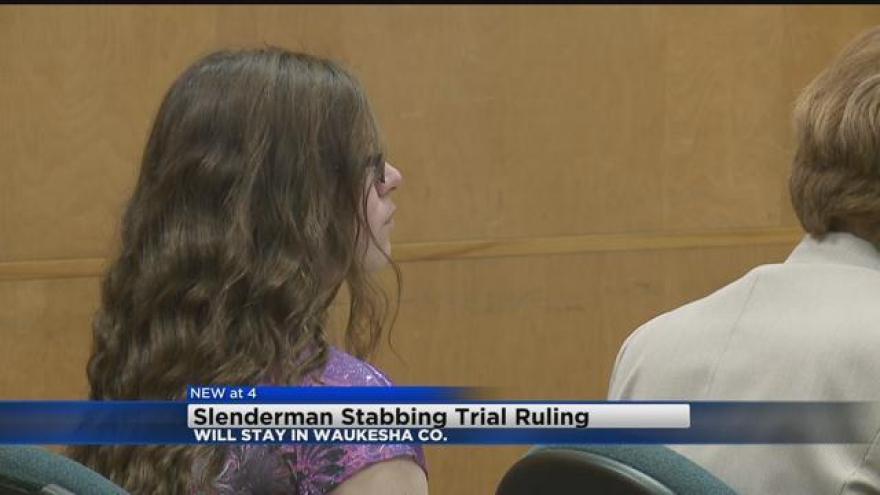 Both Slenderman stabbing suspects will have their trials in Waukesha County.

A judge decided Anissa Weier's trial will stay in the county where the crime was committed.

The same decision was made for the other suspect, Morgan Geyser last week.

The judge also denied a motion to have Weier's statements to police thrown out.

The girls will be tried separately and as adults.

They are accused of stabbing a classmate repeatedly to appease the fictional character, Slenderman. Both have pleaded not guilty by reason of mental disease.