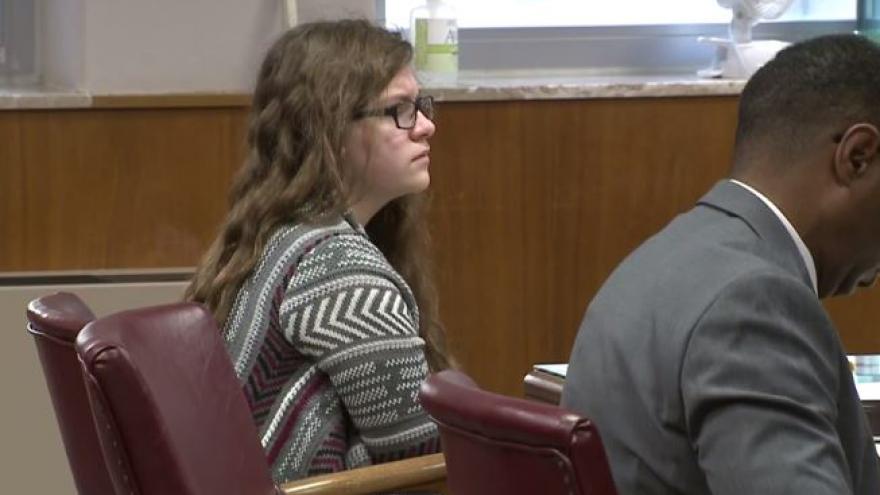 WAUKESHA, Wis. (CBS 58) – One of two suspects in the Slender Man stabbing trial has been found not criminally responsible for stabbing a classmate in 2014.

A jury made that decision late Friday night, after deliberating for more than 12 hours.

It means Anissa Weier will avoid prison, and instead be sent to a mental health institute.

"It’s hard to say when you’re talking about the commitment of a very young child that you’re happy, but of the options that were there, this is truly the best one," says Weier's Attorney Maura McMahon.

McMahon says Weier will likely be heading to the Winnebago Mental Health Institute, where she'll be required to spend at least 3 years.

"She's agreed that no matter what those doctors are saying, she's not going to ask the court to let her out for at least 3 years."

A judge could decide to commit Weier to the institute for up to 25 years. In the next ten days, doctors will evaluate the 15-year-old before the judge makes that decision.

“She’ll be working on dealing with her reality orientation, the anxiety she suffers from, all sorts of other different issues as well as learning life skills while she’s there," says McMahon.

Ultimately, McMahon says the goal is to have Weier lead a normal life.

"She will have an uphill road," she said.

"We are disappointed in the jury's decision. The decision allows the assailant to petition the court every six months and request release into the community. Their decision also forces our family to relive this horrific crime every six months wondering if they will be released.

"The potential release of an assailant that methodically planned and executed an attack in which our little girl was stabbed 19 times puts the community and our family at risk. It is deeply disappointing.

"We would also like to thank the District Attorney and her team for their remarkable work in presenting the case and assisting our family through the process."

Background on the Trial

Weier pleaded guilty in August to being a party to attempted second-degree intentional homicide but claimed she wasn’t responsible for her actions because she was mentally ill. Per the plea agreement, this verdict means Weier will be placed in mental institution until at least 2020.

On May 31, 2014 Anissa Weier and Morgan Geyser had a sleepover with the victim, a classmate from school. All three girls were 12 at the time.

Investigators say Weier and Geyser had been planning to kill their friend for months, believing it would help them become proxies of the fictional character Slender Man.

According to police, the girls lured the victim into the woods to play hide and seek.

According to their testimony, Geyser sat on the victim’s legs and stabbed her 19 times. A bicyclist later found the victim and called for help. The victim survived her injuries.

The young suspects were found walking along I-94 on their way to the Nicolet National Forest, telling investigators they believed Slender Man had a mansion where they would live.

The trial for Morgan Geyser, the other suspect in the case, will begin October 16.

She has pleaded not guilty to a charge of attempted first degree intentional homicide and is being tried as an adult. The jury, as in Weier’s trial, will be sequestered.

Geyser’s mental health has also been at the center of the investigation.

Her defense team argues she has a mental health condition that played a key part in the crime.