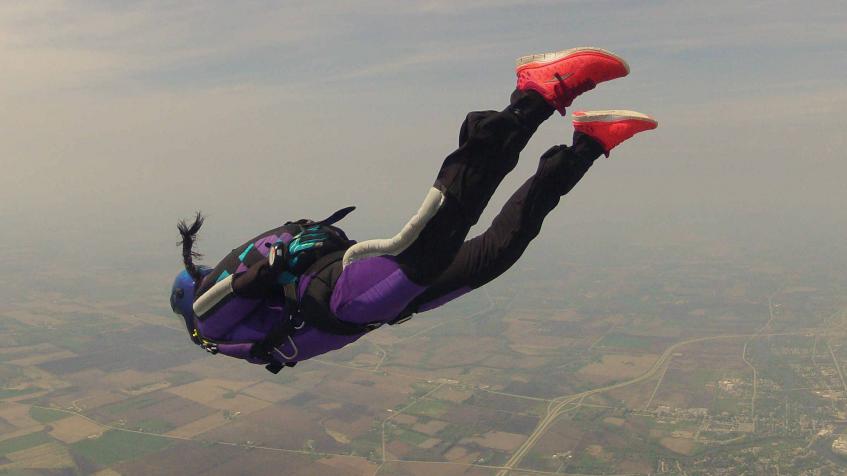 For years, Melissa Jahnke's life was in free fall.In 2004, after the birth of her daughter, she was diagnosed with postpartum depression.

The Merrill, Wisconsin resident said she didn't feel like herself which led to her gaining weight and contemplating some \"not so great things.\"

That all changed after a friend she met three years later convinced her to try sky diving.

Jahnke said that once she reached the ground she felt one-hundred percent happy and knew she wanted to keep skydiving.

She found the courage to get in shape and keep jumping to be a good role model for her 10-year-old daughter.

On Sept 7, 2014, she officially graduated the program and became a licensed skydiver, holding her A-license through the United States Parachute Association.

On Wednesday, she did her 70th jump.

Jahnke, 35,  does her sky diving in Jefferson County at Wisconsin Skydiving Center and she says the sport saved her life.

CBS 58 will have more on Melissa Jahnke's journey through the clouds in June on our new Sunday morning show.