Sister of Woman Hit By Train Speaks Out 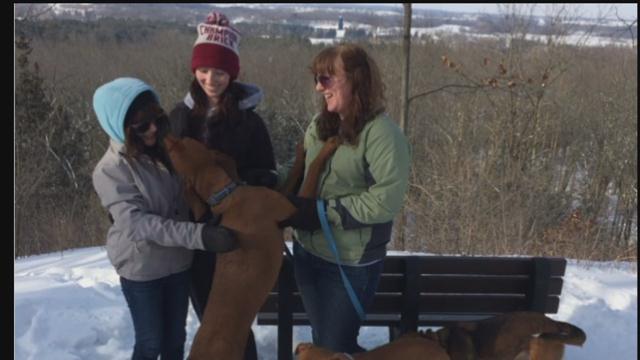 CBS 58—A Waukesha County woman who hit by a train last Monday, is making strides in her recovery, as the investigation in to what exactly happened continues.

Kelsey Bilicki's boyfriend is currently charged with three misdemeanors connected to the incident. Police say he pushed her shortly before she was hit by the train, but it's still unclear how she ended up on the tracks.

“We're very thankful Kelsey's still here and we can hold her and love her and cry with her and get through this with her,” said Haley Bilicki, Kelsey’s sister.

Thursday won't be the Thanksgiving the Bilicki's planned, as 22-year-old Kelsey recovers from being hit by a train. Her left arm was amputated above the elbow, her femur shattered and cuts and bruises cover her body. She had so many surgeries in the last nine days, her family lost count.

“Probably the worst pain you can ever think of, heartbreak,” Haley said.

And still so many unanswered questions about that night. Police say Kelsey called her mom that night and said her boyfriend, Brandon Calkins, pushed her and she hit her head. Her mom went to pick her up, but Kelsey never showed. Her mom thinks the head injury caused Kelsey to lose consciousness and get hit by the train. Investigators are waiting on surveillance footage to see what happened

“I'm just trying to give everybody the benefit of the doubt,” Haley said. “I don't want to feel like this was purposeful.”

Haley says Kelsey has not talked about what happened, but has amazed everyone with her strength and positivity.

“What I've realized is that tragedy brings people together, unfortunately, and it creates a sea of love and that sea can drown out anger and sadness,” Haley said.

“I mean that's the most important thing, is family,” Haley said. “And I still have mine.”

Kelsey still faces a long hospital stay and rehabilitation. There is a fund raising page set up to help with medical expenses. Click here to donate.

Prosecutors say they expect to know by the end of next week of Calkins will face additional charges. He remains in jail.