WASHINGTON COUNTY, Wis. (CBS 58) -- A woman who went missing after crashing her car in a Washington County neighborhood is recovering tonight.

It was an unusual thing for emergency responders to show up to a crash and not find anyone there.

The driver, Kathleen Thomson, was deemed missing.  About 12 hours later, she was found.

Police knew that Kathleen has health issues that limit her movement, and a recent stroke hampered her ability to communicate.

“There was a lot of concern about her welfare and that she wouldn’t be able to wander away from the accident scene, so at that point we focused in with our search,” said Lt. Tim Kemps.

The searched lasted on land and by air until mid-afternoon Monday, with the use of K9s, drones, and a helicopter.

“She was alert and able to communicate with rescue personnel about her injuries,” Lt. Kemps said. “At this point things are looking good. Obviously she was out in the warmth all day, so she’s getting taken to the hospital, but very positive.”

Some wondered how such an extensive search took so long to find Kathleen when she was a couple football fields away from the crash. The Lieutenant said the conditions were difficult due to some marshy and wooded areas.

WASHINGTON COUNTY, Wis. (CBS 58) -- A 63-year-old woman who went missing after a crash early Monday morning has been found alive.

Investigators say Kathleen Thomson was involved in a crash with a utility pole near CTC at Mayfield Road in the Town of Polk around 2:30 a.m. Monday, however when deputies responded to the scene, she was nowhere to be found.

WASHINGTON COUNTY, Wis. (CBS 58) -- A 63-year-old woman is missing after investigators say she was involved in an early-morning crash on Monday.

A Silver Alert has been issued for Kathleen Thomson of the Town of Jackson. The Washington County Sheriff's Office says Thomson was involved in a car accident vs. utility pole around 2:30 a.m. on CTH C at Mayfield Road in the Town of Polk. Deputies say Thomson was not at the scene and she was not located after an extensive ground and air search. 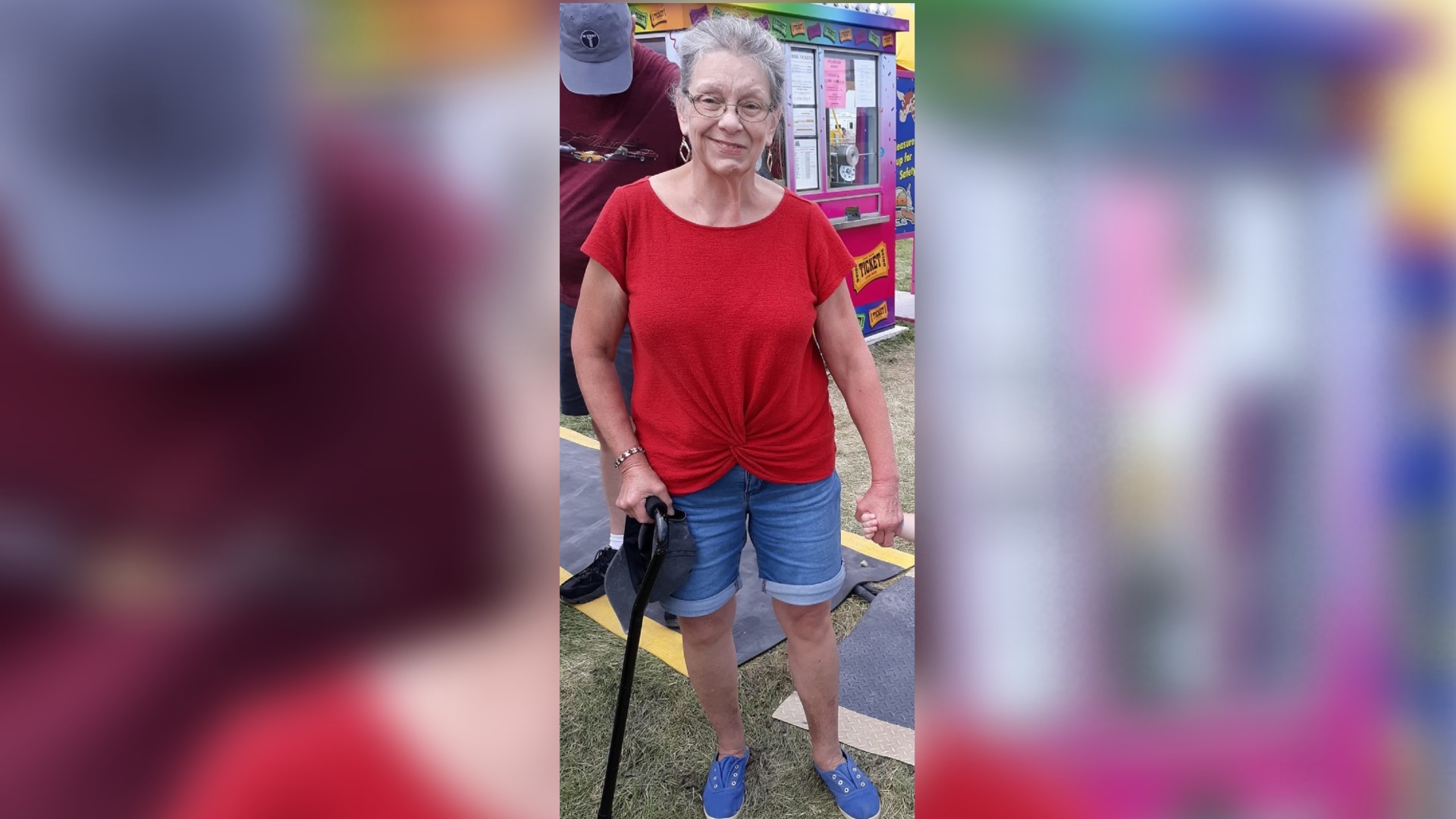 Thomson is said to have significant health issues which greatly limit her movement. She typically walks with a walker which was left at her home and she also recently suffered a stroke which has limited her ability to communicate.

Anyone with information on Thomson's whereabouts is asked to contact the Washington County Sheriff's Office at (262)335-4420.