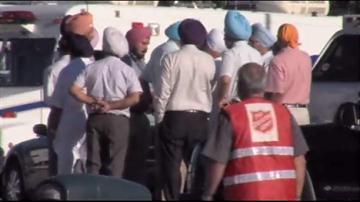 OAK CREEK-Santokh Singh says he was hit with two gunshots by a lone gunman who fired at will in August of 2012.

Two years later,  he says he is suffering from a number of medical issues and questions whether he's received all the donations he deserves.

He has received about $70,000 from the Sikh Temple, but says the bills are piling up and feels the donated money has gone to security cameras and not healing the victims.

He has hired a lawyer and is demanding a full accounting of how the donations are being spent.

Amar Kaleka, whose father was Temple President and killed in the rampage, says families of the deceased did received more money, around $125,000.

He denies any misappropriation of funds and wonders if the attacks on his credibility in dispensing the money might be politically motivated since he's seeking to unseat Congressman Paul Ryan.