Signs pointing to a colder end of the month

NOW: Signs pointing to a colder end of the month 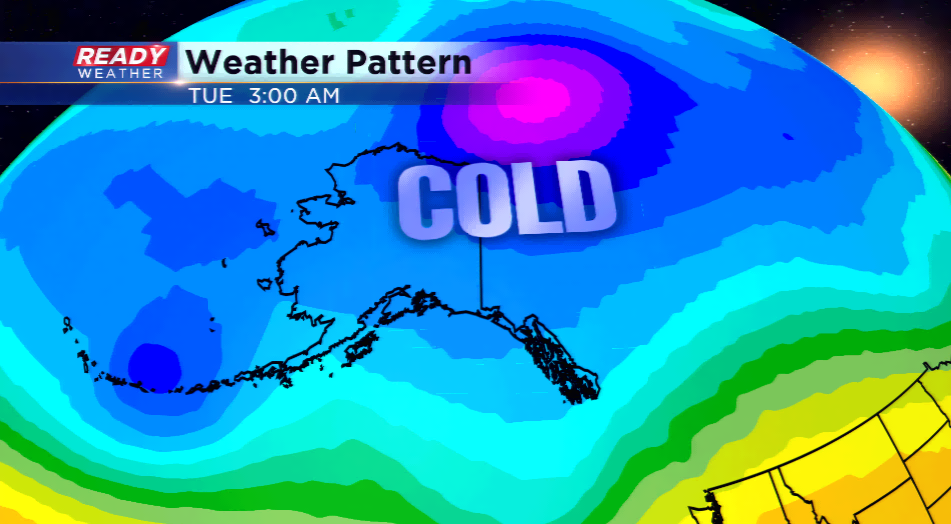 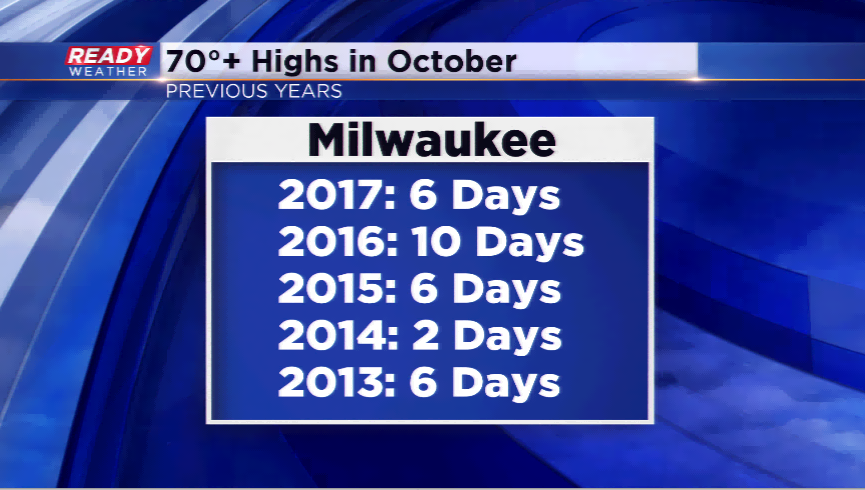 The first two plus weeks of October have felt a lot more like September. We have had six highs in the 70s, one high in the 80s, and only two days that did not hit the average high. So far, the average temperature is at 62.1°, which is over eight degrees above the normal.

Expect much of the same through the weekend. Highs are expected to jump into the 70s as early as today. The warmest day of the week could be Friday with daytime temps soaring well into the 70s with a lot of sunshine. The most 70 degree days in the last five years in October were 10 for Milwaukee. We could easily match that by week’s end.

Warm, warm, warm! But, guess what? There is a pattern switch potentially coming! A build-up of very cold air is circulating in Alaska right now. Temps by this weekend and early next week could plunge below zero for the first time this season. That cold air must go somewhere as it builds up. The earth has a funny way of trying to even things out. This colder air will work on down into the lower 48 as early as next week. Long-term computer models are even hinting at the possibility of a mix/snow for the northern part of Wisconsin, with not just one storm, but possibly two storms. This would be midweek next week and late next week.

A reminder, these are trends of long-term models which are simulations, these can easily change. However, signs are pointing to a colder end to the month and these 70s might be wiped away until next year. 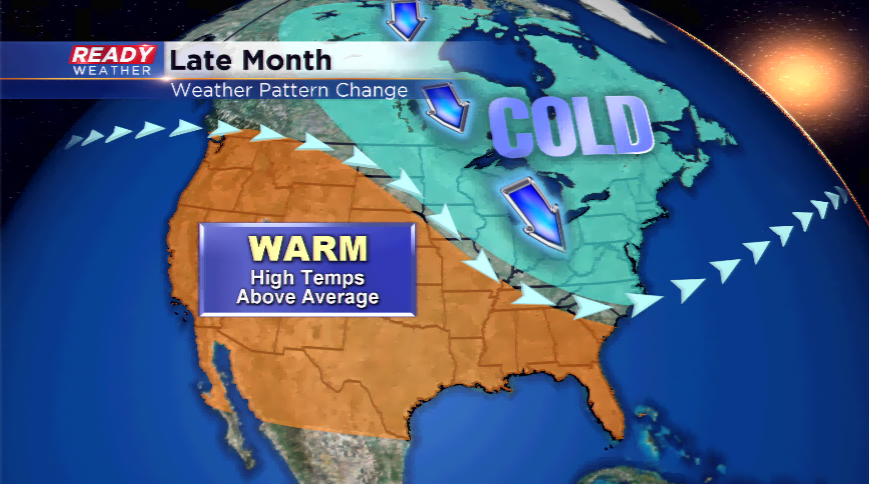 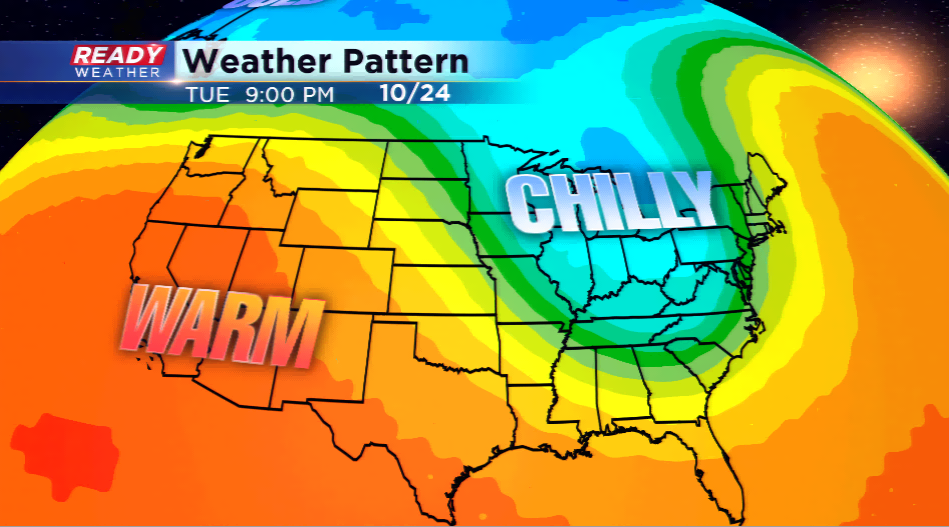