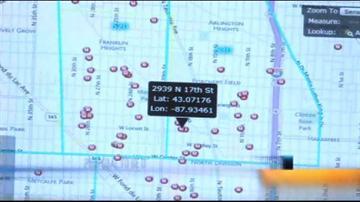 MILWAUKEE -- Plans to expand the city's ShotSpotter program is one of many big items up for discussion at today's Public Safety Committee meeting.

City leaders say the real-time gunshot detection software has proved to be successful for Milwaukee police. Officers are able to respond to possible crime scenes faster because the system tracks the exact location where shots have been fired.

The proposal would expand the program from three square miles to 11 square miles in the city's central areas. The state and county would contribute $175,000 each to cover costs.