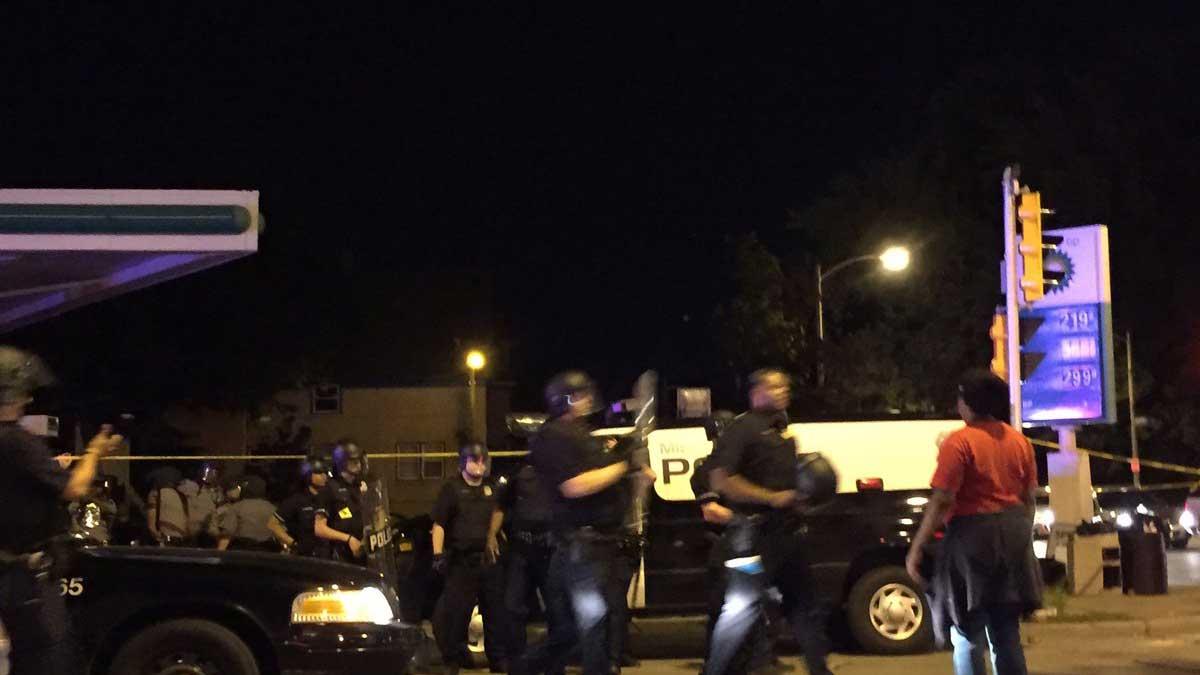 Officers moving in to disperse small disorderly crowd near 48th and Center.

Unlawful assembly announcement is made to crowd creating disturbance at Sherman and Burleigh. Arrests will follow.

Protestors appear to be at Sherman and Locust now

Officers moving in to disburse crowd at Sherman and Burleigh after crowd begins to throw objects, fires shots.

My photographer and I got to our car safely after hearing 2 batches of gunshots.

Also, Milwaukee Police tweeted that they are monitoring a protest outside District 7 station.

Heard a handful of gunshots at Sherman and burleigh