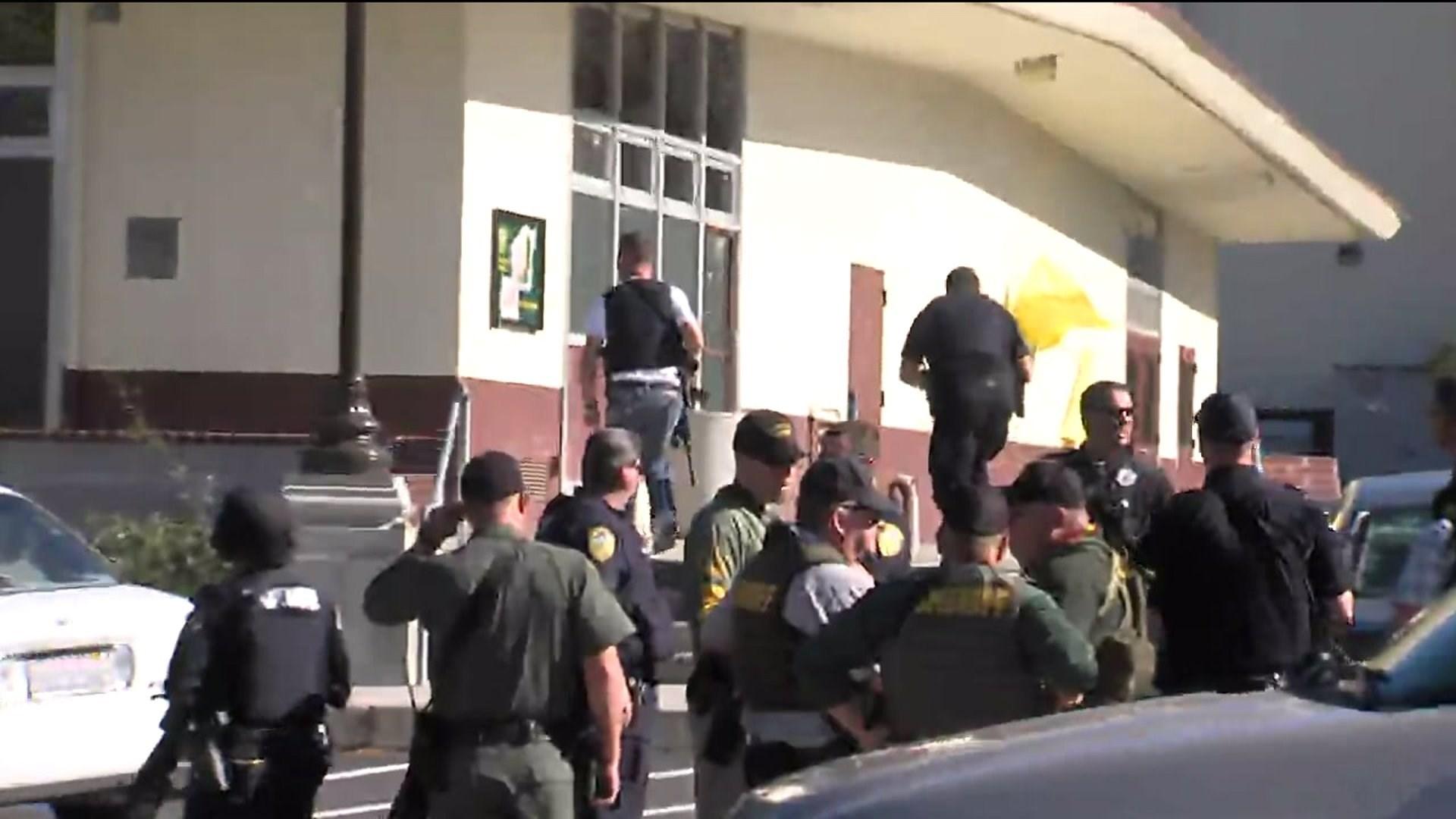 Two veteran California sheriff's deputies were killed in a shooting rampage in two counties that began Friday morning when one deputy was shot in the forehead while confronting a suspicious vehicle, authorities said.

The suspects fired several rounds, and Oliver wasn't able to return fire, though his partner did as the suspects fled the scene shortly before 10:30 a.m. (1:30 p.m. ET), Jones said.

Oliver was a 15-year officer with a wife and two daughters, Jones said.

The suspects fled to nearby Placer County, where two deputies were shot, authorities said.

One of them later died, the California Highway Patrol said on Twitter.

Placer County Sheriff Ed Bonner said it was \"an incredibly difficult day\" as he identified the deceased deputy as 42-year-old Michael David Davis Jr., who had served in law enforcement since 1996 -- the last 10 years as a homicide investigator.

His death came 26 years later to the day his father, a Riverside County sheriff's deputy, was killed in the line of duty.

Davis leaves behind a wife and four children.

Before heading to Placer County, one of the suspects shot a motorist in the head while the pair tried to hijack his car, Jones said.

The motorist's condition wasn't immediately known, Jones said. The motorist fought the carjacking, and \"by his falling back (into his car), that could explain why the suspect was unable to carjack that vehicle,\" the sheriff said.

At some point, police received a tip that the suspects changed their clothes, Jones said.

In Sacramento, Oliver was shot at \"relatively close range as they were approaching the vehicle, and he was not able to return fire or anything,\" Jones said. Oliver's partner doesn't know whether he hit the suspect, Jones said.

\"We don't know what the motive is,\" Jones said of the rampage.