Sherman Park Neighborhood Planning Ahead for the Summer 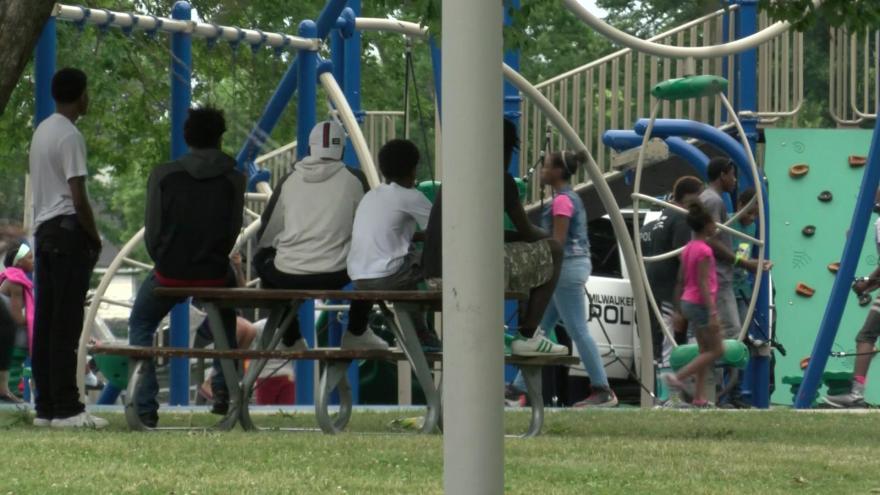 As summer moves in, many people in the Sherman Park neighborhood are planning ahead. After the unrest last August, community groups have come together to make sure young people stay out of trouble.

There were some issues over the weekend where crowds said they just wanted to enjoy the sun but were interrupted by disputes and deputies. Several organizations including the Boys and Girls Club say they hope structured park activities will make a difference.

\"The reason people reacted is not necessarily because of the shooting, they're reacting to the fact they don't have the opportunities they've seen a lot of their peers have,\" County Executive Chris Abele said.

Since the chaos in and around Sherman Park last summer, the county and several organizations have planned this summer by the hour. They've added more opportunities for kids of all ages, seven days a week.

\"When we respond to issues like this, we don't just respond to one story with one program that's going to go away.\"

\"You'll have a plethora of volunteers and stakeholders so if anything gets out of control here in Sherman Park, they can circumvent those issues.\"

Morrison says it'll target teens, the hardest group to reach. \"Those things that are constantly not being offered in other areas. I think the Boys and Girls Club is looking at can we fill those voids where young people need them the most?\"

Getting teenagers to leave the freedom of the park outside and obey rules inside is a challenge but a key to reducing chaos. They're building a new center just for them with a recording studio and music lessons.

But night is where groups like Pepnation and Program the Parks come in.

The music studio at Mary Ryan is scheduled to be ready by Summer. In terms of police presence, The Boys and Girls Club has partnered with the sheriff's office and there will now be a deputy station inside there overnight in case any issues arise.