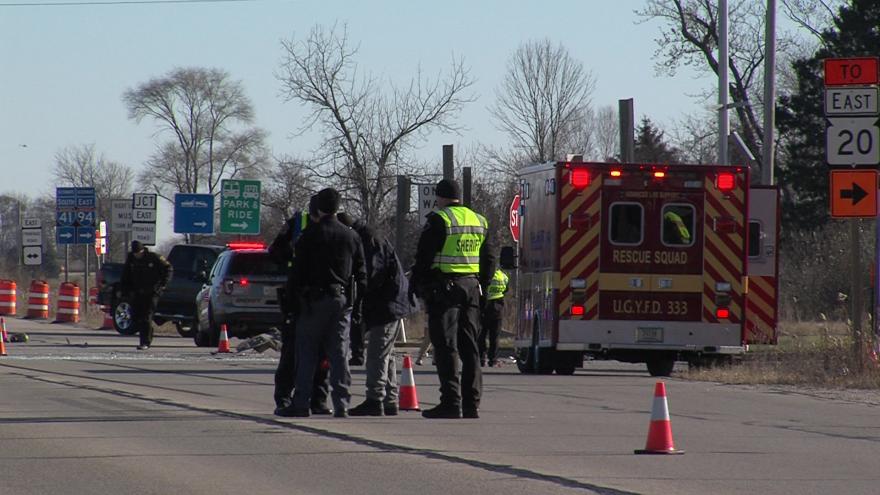 It happened around 9 a.m. Sunday morning on Hwy 11 and the northbound I-41 entrance ramp.

Rescue crews responded along with Flight for Life.

While rescue crews were working on the extrication, the sole occupant of the car died from their injuries.

The operator of the semi was not injured.

Preliminary investigation revealed that the semi was westbound on Hwy 11, making a left turn onto the northbound on-ramp of I-41 when an eastbound car struck the trailer portion of the semi and became wedged under the trailer.

There is no indication that alcohol was a factor.