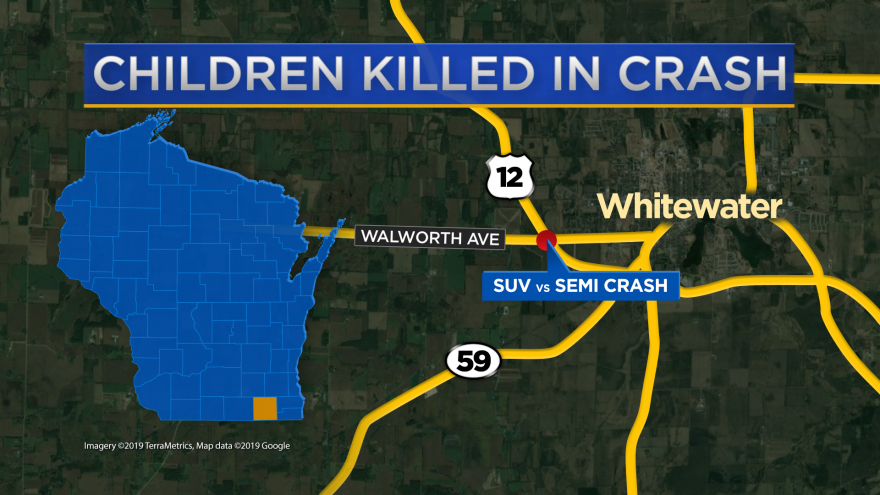 WALWORTH COUNTY, Wis. (CBS 58) -- Two children were killed in a crash Thursday evening, when a semi truck struck the SUV they were traveling in.

The crash happened on Highway 12 and Walworth Avenue around 7:31 p.m.

Police say a semi hauling an empty tanker trailer was driving southbound on Highway 12, approaching the intersection, when a SUV traveling northbound made a left hand turned into its path.

The semi struck the SUV in the rear passenger side, causing severe damage.

The driver of the SUV was identified as 44-year-old Kristina Wilken of Waterford. She was transported with injuries to a local hospital. Her 14-year-old daughter, Kaylinn Wilken, was killed in the crash.

The SUV's front passenger was identified as 42-year-old Michael Koelsch of Boise, ID. He was transported with injuries to a local hospital.

His twin 7-year-old daughters were in the backseat. One daughter, Olly Koelsch, was killed in the crash. The other was transported to a local hospital with injuries.

Their current conditions are unknown.