Sheriff Clarke said He Hasn't Ruled Out US Senate Run 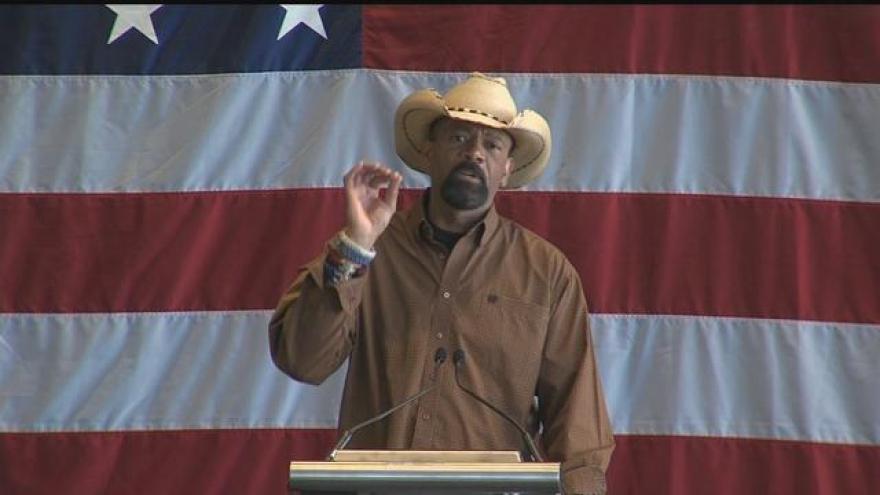 MILWAUKEE (AP) — Milwaukee County Sheriff David Clarke says he's not ruling out a U.S. Senate run and he remains interested in a job with the Trump administration if it's offered.

The sheriff known for his provocative presence on social media and his outspoken support for the president made the comments Thursday (http://fxn.ws/1jdf8SA ) during an appearance on "Fox & Friends."

His remarks differ from what he said in his new book, "Cop Under Fire," in which he wrote he's not interested in running for elected office other than sheriff. But during the television appearance he said he hasn't "totally closed the door" on a Senate candidacy after the show's hosts played a clip of "Dog the Bounty Hunter" encouraging Clarke to run.

If he runs in 2018, Clarke would be challenging Democratic U.S. Sen. Tammy Baldwin.