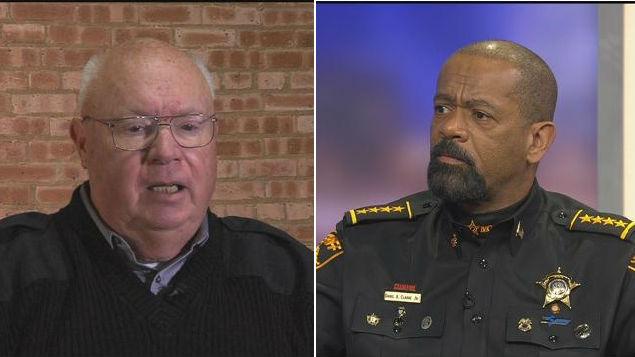 Milwaukee County Sheriff David Clarke posted a response on his Facebook Page to the announcement that Milwaukee Judge John Siefert plans to challenge Clarke for Sheriff in 2018.

RELATED: Judge Leaving the Bench to Run Against Sheriff Clarke

In his post, Sheriff Clarke quotes a CBS 58 exclusive story from Thursday where Milwaukee County Judge John Siefert announced that he is leaving the bench to get prepared to run against Clarke.

Judge John Siefert announced this week his plans to run for Milwaukee County Sheriff. He made some claims about Sheriff Clarke:

“You want someone who is more interested in being a workhorse vs. a show horse, and what we have had is certainly a sheriff in his last few months to be all boots but no cattle.”

Judge Siefert also claimed that the Sheriff has blamed the deaths in the jails on his rank and file employees who work there saying, “This idea that it’s never management’s fault, it’s not a lack of administrative competence or leadership, it’s all the rank and file workers, they’re to blame. I don’t think that’s true, I think you lead by example and they’re not getting the kind of example they need.”

Sheriff David Clarke posted his response along with photos of a survey where Siefert was ranked as one of the worst judges in the state.

You can see Clarke's full post below or by clicking here.