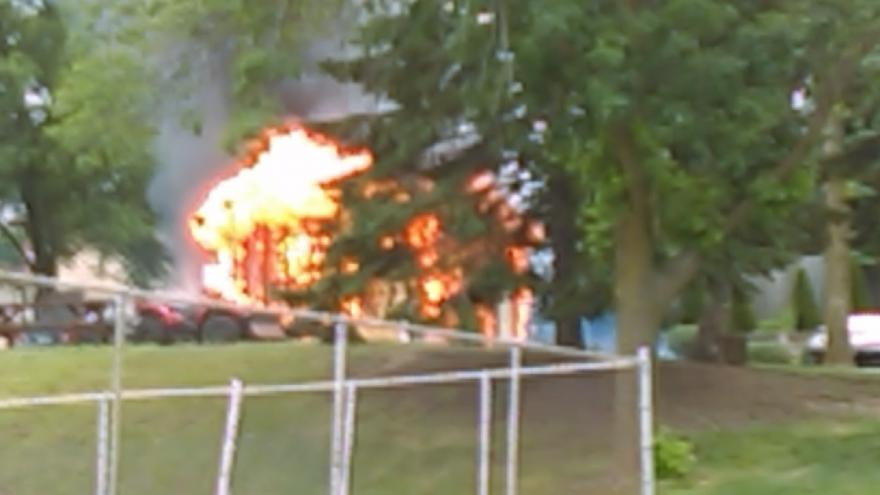 A shed went up in flames in Greenfield’s Willowick Apartments and claimed the life of a 24-year-old man.

That all happened just before 10 Thursday morning.

Ashes and debris are all that remain on the scene of where the shed once stood. Police say the man was not only an employee but also a resident of the complex.

“I heard a pop and somebody was yelling,” says resident Michael Croft “We went over to investigate and we saw that the garage was up in smoke and it was hundreds of feet high.”

Police say that garage was used to stored tools and maintenance equipment for the property.

“While we were watching it the whole side collapsed,” explained Croft.

Police say they managed to get the  man out of the building and take him to a local hospital but he did not live his severe burns.

For many residents like Croft the sudden loss has left them at a loss of words.

“I’m very, very sad to hear he passed away,” says Croft. “He was a nice guy. I’ve seen him do work around here and he even did work in my apartment. I’m sorry for his family,” says Croft.

Officials are still investigating the cause. They say they do not suspect foul play to be a factor.

At this time, the name of the victim has not been released.