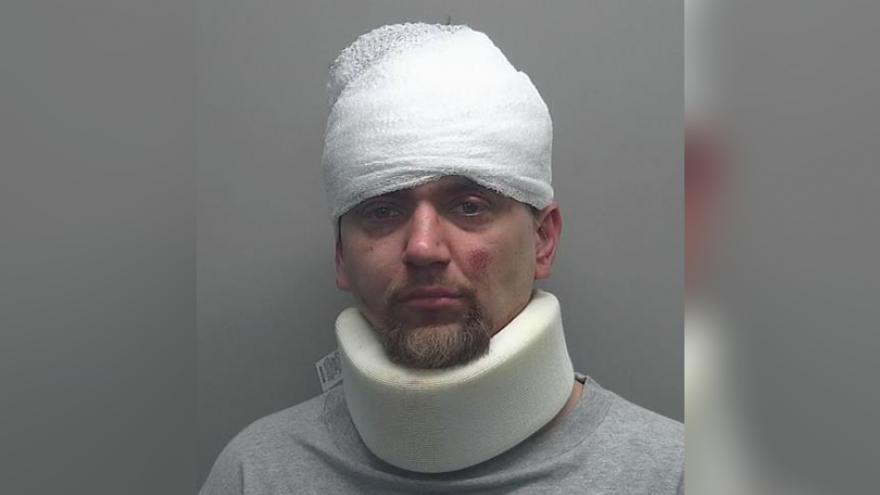 SHEBOYGAN COUNTY, Wis. (CBS 58) – A man is facing a number of charges he allegedly drove drunk, crashed a car into a river, and left his injured passenger behind.

According to a criminal complaint,  the Sheboygan County Sheriff’s Department received reports about a car in Pigeon River near Rangeline Road in the Town of Sheboygan around 6:15 a.m. on Sunday, March 25. While on the way to the scene, police learned that a man who was seen walking along Rangeline Road was being picked up by someone in a pick-up truck and that the reporting party was blocking the truck from leaving. The complaint says the deputy saw the car in the river but fearing an altercation between the reporting party and the people in the truck, he continued to the truck's location.

When the deputy arrived, he spoke with both people in the truck. The complaint said Christian’s face was covered in blood from a large cut on the side of his head. When asked what happened, Christian allegedly told the deputy he had been out for a walk and fell. The deputy said the suspect’s words were slurred and that he had a hard time with his balance when asked to get out of the truck. In the complaint, Christian reportedly admitted to officers that he had been at a bar that evening.

Later, the deputy investigated the scene of the car accident and found a 22-year-old passenger slumped over with multiple injuries. Investigators say the passenger was conscious but not coherent and was only wearing a t-shirt and sweatpants which were wet in 25 to 30-degree weather. The passenger was then flown to an area hospital.

The deputy then went back to the hospital to talk to Christian, asking if he would consent to giving a blood sample. A blood draw was taken and forwarded to the state crime lab. The results of the blood sample are pending.