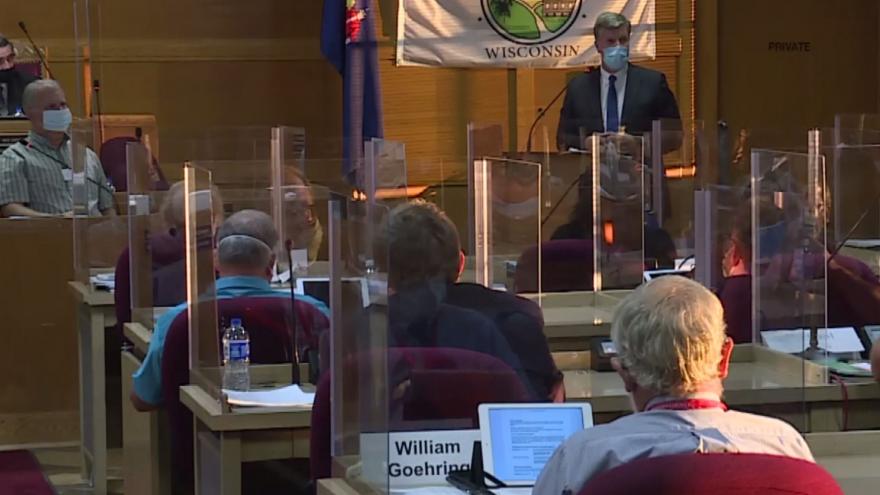 SHEBOYGAN (CBS 58) -- A Sheboygan County Board meeting drew a number of speakers Tuesday night, Aug. 18, with some getting emotional in discussing a proposed ordinance.

The ordinance has to do with the county's public health officer.

Some of the language in the ordinance states the public health officer could issue order "to the public at-large for a period of no more than sixty (60) days, which may be extended by subsequent orders, when he or she deems it reasonable and necessary for the prevention and suppression of disease. Such authority extends to forbidding public gatherings when deemed necessary to control outbreaks or epidemics."

It goes on to say that any order will be shared with two County Board committees and that those committees "may take action to ratify or nullify said order."

The ordinance also includes potential citations for anyone who violates an order of the Sheboygan County Health Department or the State of Wisconsin Department of Health Services.

"Ask you to protect liberties of those in Sheboygan County. Vote no on this ordinance," one speaker said Tuesday.

County Administrator Adam Payne said there haven't been any county public health orders so far during the pandemic and that they wanted to have something in place in case hospitals reach capacity.

He also said there was some misinformation being shared that the ordinance would include orders for vaccines.

"There’s nothing in the ordinance that talks about vaccines. Local public health officers don’t have the authority to issue vaccinations," he said.

No vote was taken Tuesday night. It will go back to a committee before likely returning to the Board next month.