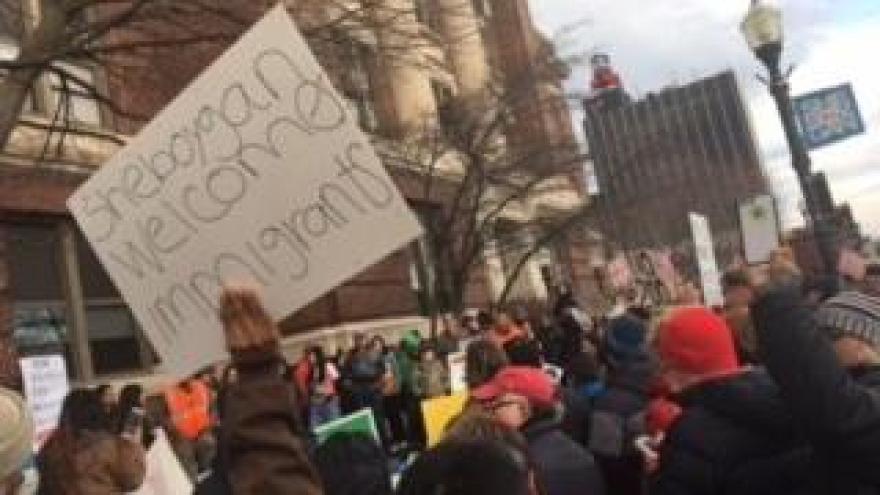 City leaders in Sheboygan stood united against an alderman tonight. The alderman proposed a resolution to let police detain undocumented immigrants and send them away.

Hundreds of people walked into City Hall before the meeting - angry and fearful. But after the vote, they were victorious.

Families, both immigrant and not rejoiced, hugging in celebration at Sheboygan's City Council Meeting. One of those is Ann Desantos who says her husband was deported which lead her daughter to a life of drugs.

She and many others expressed that Alderman Job Hou-Seye's resolution to give Sheboygan police power to detain undocumented people for deportation is racist.

During the meeting, crowds outside chanted loudly against it. Luis Perez used to be Sheboygan's mayor. "If I had to make the decision, I would say to hell with the federal money and make a decent decision."