Sheboygan Alderman accused of sexual assault on a child 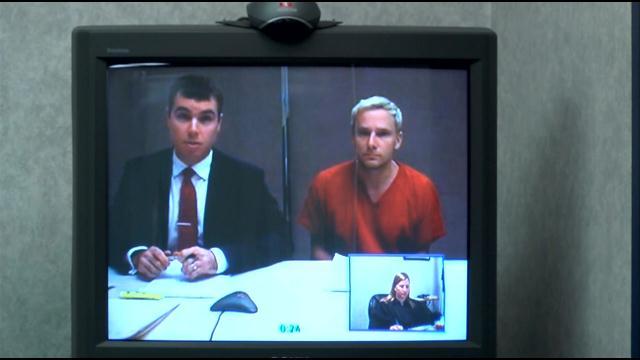 A Sheboygan alderman is now charged with sexually assaulting a teenage boy.

Police say a tip on Crime stoppers is what led them to investigate 33-year-old Kevin Matichek.

According to the criminal complaint, he engaged in sexual activity with a minor. Matichek appeared in court for the first time accused of repeated sexual assault on a child.

Members of the community are stunned by the accusations.

\"How can you not think about, how you would feel if it was your children?\" said Nichole Meyer, a mother from Sheboygan.

The victim is 15-years-old now, but was 14 when the relationship with Matichek began.

According to court documents, the relationship lasted four months during the summer of 2014.

\"He denied any sexual contact, but admitted that they were dating,\" said Sheboygan District Attorney Joe DeCecco.

The victim told police Matichek never forced him to engage in sexual acts.

\"He kind of broke down and cried and told us what appears in the criminal complaint about the sexual contact,\" said DeCecco.

Police say Matichek was investigated for a similar case back in June.

\"We received some information in the past that we were unable to substantiate, but the tip last week was actually the catalyst that was able to help us identify actual victims,\" said Sheboygan Police Capt. Kurt Brasser.

Police said there is another victim.

\"We made contact with a 17-year-old who disclosed that Mr. Matichek had engaged in sexual intercourse within the last 5 months,\" said Brasser.

After the accusations, many Sheboygan residents are calling for Matichek to resign.

\"This is somebody that supposed to be an upstanding citizen, someone were supposed to look up to,\" said Meyer.Matichek will be back in court on February 18th. He is currently being held on a $75,000 bond.