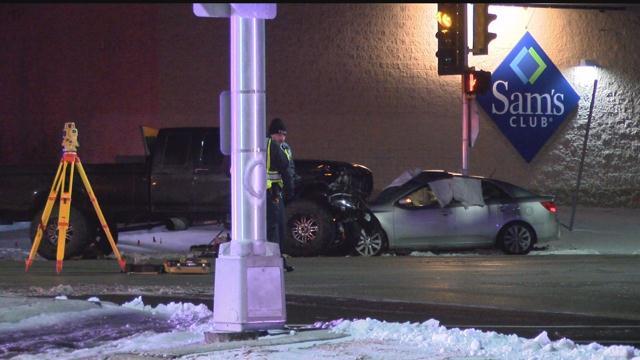 ORIGINAL: One man is dead following a crash in Waukesha. A car and pick up truck crashed just after 5 p.m. Tuesday evening near Bluemound and Springdale Roads. Waukesha Police say the 57-year-old passenger in the car died. The driver of the car was taken to Froedtert Hospital with life-threatening injuries. There were no injuries reported with anyone in the pick up truck. Police say that an accident reconstruction team is still working to figure out exactly what happened.