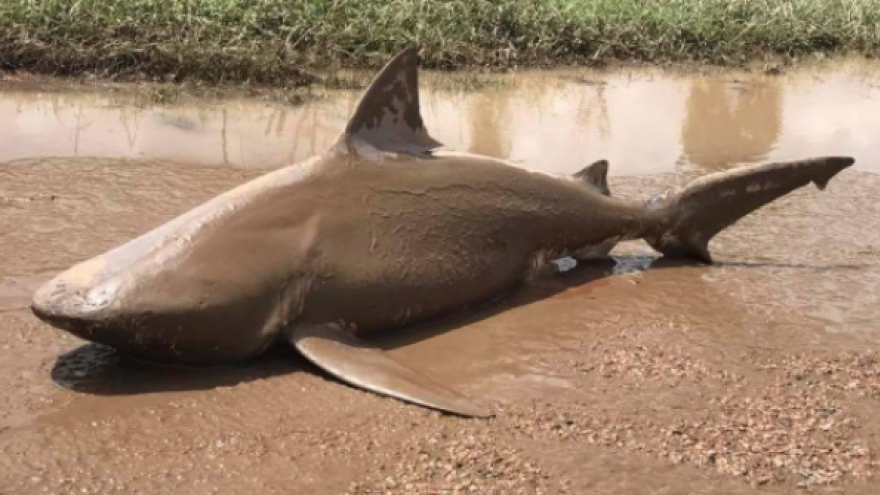 AYR, Australia (AP) — An Australian journalist covering flooding from Cyclone Debbie was shocked to come across a dead bull shark that was apparently swept up in the deluge.

WIN News reporter Philip Calder tells news.com.au that he was in the town of Ayr to shoot video of a flooded road and couldn't believe he came across a shark in a puddle. He says the shark is "the talk of the town" and many locals have turned out to touch it.

Some social media users are drawing a connection between the shark and Syfy's "Sharknado" film series, which features sharks getting swept up in cyclones and wreaking havoc on cities.

Cyclone Debbie knocked out power to thousands when it slammed ashore with winds up to 260 kilometers (160 miles) an hour Tuesday.