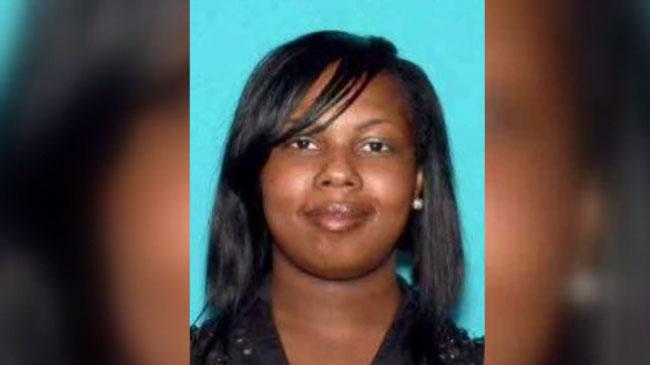 The woman from Milwaukee that was on the FBI’s most wanted list has been arrested in North Carolina.

According to the FBI, Shanika Minor was captured in Fayetteville, North Carolina early Friday morning.

According to Cumberland County Sheriff's Office, at 1:28 A.M.  the Cumberland County Emergency Communications Center received a call reporting that a person named on Federal Bureau of Investigations’ Top 10 Most Wanted List was in Fayetteville.

The caller stated that Shanika Shantel Minor was at the Airport Inn located at 2701 Gillespie Street in room 122. The caller was able to give a description of Minor to aid in identifying her.

Cumberland County Deputies responded to the Airport Inn Room 122 where Minor was reportedly staying, and confronted the female in the room. At 2:08 A.M. deputies determined that the female occupying Room 122 of the motel was, in fact, Shanika Minor, who is a fugitive from Wisconsin where Minor wanted for the murder of a pregnant female in Milwaukee.

Earlier this week, the FBI placed Minor on its Most Wanted List along with a $100,000 reward.

According to the FBI’s top ten list, Shanika Shelton Minor was wanted for murdering a woman who was nine months pregnant in Milwaukee, Wisconsin, on March 6, 2016. Minor’s mother had informed her that the neighbor was playing loud music at an unreasonable hour. A week later, Minor instigated two arguments with Tamecca Perry. On March 5th, Minor shot the gun into the air. On March 6th, Minor returned to the neighbor’s residence, gained entry into the common hallway of the duplex, and met the woman by the rear door of her residence. Minor’s mother again ran to the scene, positioned herself between her daughter and the woman, and attempted to de-escalate the situation. Minor allegedly reached over her mother’s shoulder and fired a round from her firearm towards the woman, striking her in the chest. The victim retreated into her residence, where she immediately collapsed and died in front of her two children. The victim's unborn child, due within a week, also died before emergency medical personnel arrived.

The arrest comes nearly four months after the shooting. On Friday, Perry's friends stopped by the memorial in front of the home where she lived. They expressed their feelings about Minor's arrest.

"Relief. I didn't forget about Shanika Minor. I was sharing posts; I was sharing her picture. Everything I've seen about her, I've shared it. So, she was never forgotten. It brought joy. It brought tears to my eyes that I woke up and had seen on the news -- that they caught her. Now that we can get justice, justice can be served, said Marquita Hughes.

Hughes visits the memorial for Perry and her unborn child nearly every day. She picks up anything that blows away, and replaces signs and balloons.

"It's ... heartbreaking that she's not here, and a good thing that's she's finally caught, finally off the street that she can't do this do anybody else. Tamecca. She's truly missed; that's for sure. That's my baby!" said Hughes.

Perry's neighbor Dennis Carter said his children would often play with hers. He is happy to hear that Minor surrendered without issue.

"That was a bad tragedy. She lost her baby. Thank God justice is being served the correct way. That was a loss that could have been prevented -- all over an argument. I bless the family, and I'm so proud of law enforcement doing their job," said Carter.