Shani Davis skates to another Olympic berth in West Allis 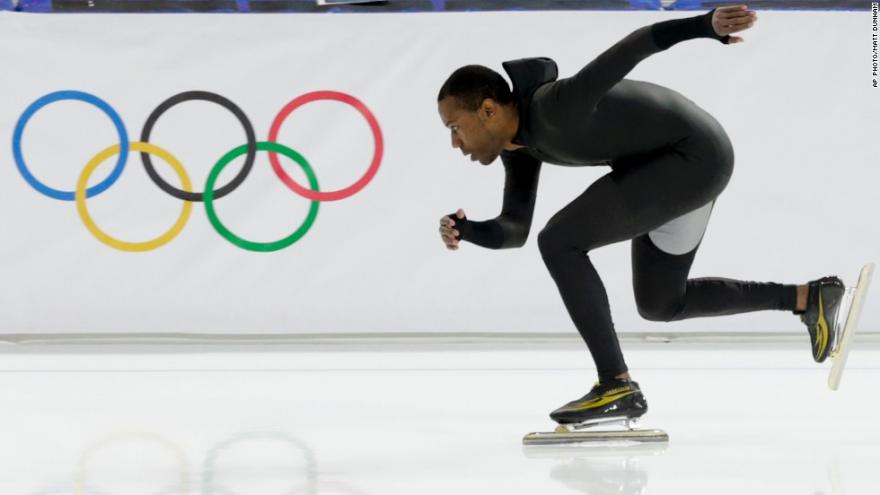 MILWAUKEE (AP) — Warming up before the 1,000 meters, doubt was creeping into Shani Davis' mind.

The two-time Olympic champion in the event even went so far as thinking what would happen if he didn't qualify for his fourth games.

At age 35, Davis is surrounded by young, fast competitors. When he made his first Olympic long-track speedskating team in 2006, he never trifled with uncertainty.

"You should never try to think negative, but I want to cover all aspects and I want to be realistic," he said. "I went out there and fought like it was the last race of my career."

Davis finished second behind Joey Mantia and will go for a third career 1,000 gold in South Korea next month.

Mantia won the 1,000 at the U.S. trials in 1 minute, 9.15 seconds Wednesday night. The former inline skater from Florida finished 15th in the event four years ago in Sochi.

Skating in the third-to-last pairing, Davis clocked 1:09.23. Mitch Whitmore was third at 1:09.32 to grab the third Olympic berth.

Davis is the world record-holder in the 1,000, and won the event at the 2006 and 2010 Olympics. He was eighth in Sochi, where the Americans were shut out of medals. Davis was an alternate on the 2002 Olympic team, but didn't compete in Salt Lake City.

"I look forward to going up," Davis said. "I know that there's some things I can correct. I think I can put myself in higher rankings worldwide."

On the women's side, Heather Bergsma won the 1,000, with Brittany Bowe finishing second to join her longtime rival on the Olympic team.

Bergsma was timed in 1:14.82 to make her third Olympic team. She has yet to win a medal.

"A big relief," she said. "Nobody has an easy ride. Everybody has something going on."

Bergsma married Dutch speedskater Jorrit Bergsma in 2015 and relocated to the Netherlands, ending the training and roommate situation she and Bowe had shared.

"I definitely want to be back on that stage with her battling, a couple hundredths, tenths," Bowe said. "I don't like to see my time that far behind, but it is what it is. She's skating awesome. Hopefully we can both find ourselves on the podium in South Korea."

Mia Manganello finished third at 1:18.23, but because she hasn't met the Olympic qualifying time of 1:18.00, she cannot qualify to compete in South Korea. A U.S. Speedskating spokesman said the governing body's rules state an athlete must meet the time standard by the end of Olympic trials, which contradicted earlier information provided by Chris Needham, chairman of the organization's long track task force.

As a result, fourth-place finisher Jerica Tandiman will be nominated for the Olympic team, but won't necessarily skate the 1,000 in Pyeongchang. The U.S. is qualifying team spots for the Olympics and can determine who skates which events later.

Manganello missed qualifying in the 3,000 on Tuesday when she finished second. The U.S. only has one spot in that event for the Olympics.