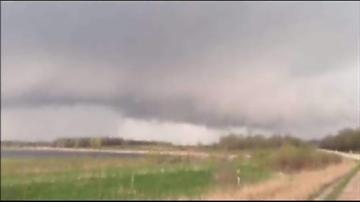 There are also reports of minor low land flooding related to thunderstorm activity.

One CBS 58 viewer says there's about 8 inches of water over a low spot in the sidewalk of a large apartment building on the west side of the river near the Jefferson Street bridge.

Flood waters are affecting some streets adjacent to the river in Burlington, in the area of Riverside Park.