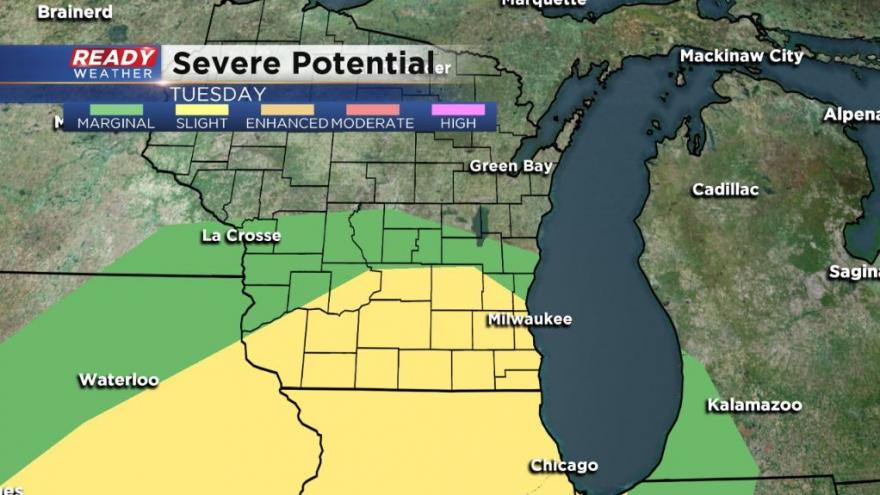 Our quiet and calm weather will continue Monday with temperatures once again in the 70s with a good amount of sunshine.

But, our eyes are already on a storm system set to arrive Monday that could bring heavy rain and severe storms.

A low pressure system will move in from the west on Monday bringing a warm front across part of southeast Wisconsin. That front and low pressure will give us a good chance for rain most of Tuesday. There are still a few days to work out the details but two rounds of storms look possible with one arriving in the morning and the other later at night.

The second round of storms would be the one to watch for severe potential, but it will heavily depend on how the morning round develops.

As shown in the image above, Southeast Wisconsin is already in the "slight" risk for severe weather and it's possible part of the area gets upgraded to an "enhanced" risk.

At this point, all types of severe weather will be possible. Heavy rain looks likely with over 1" of rain in the current forecast. There is a threat for damaging wind and large hail, but we could also see a few isolated tornadoes. 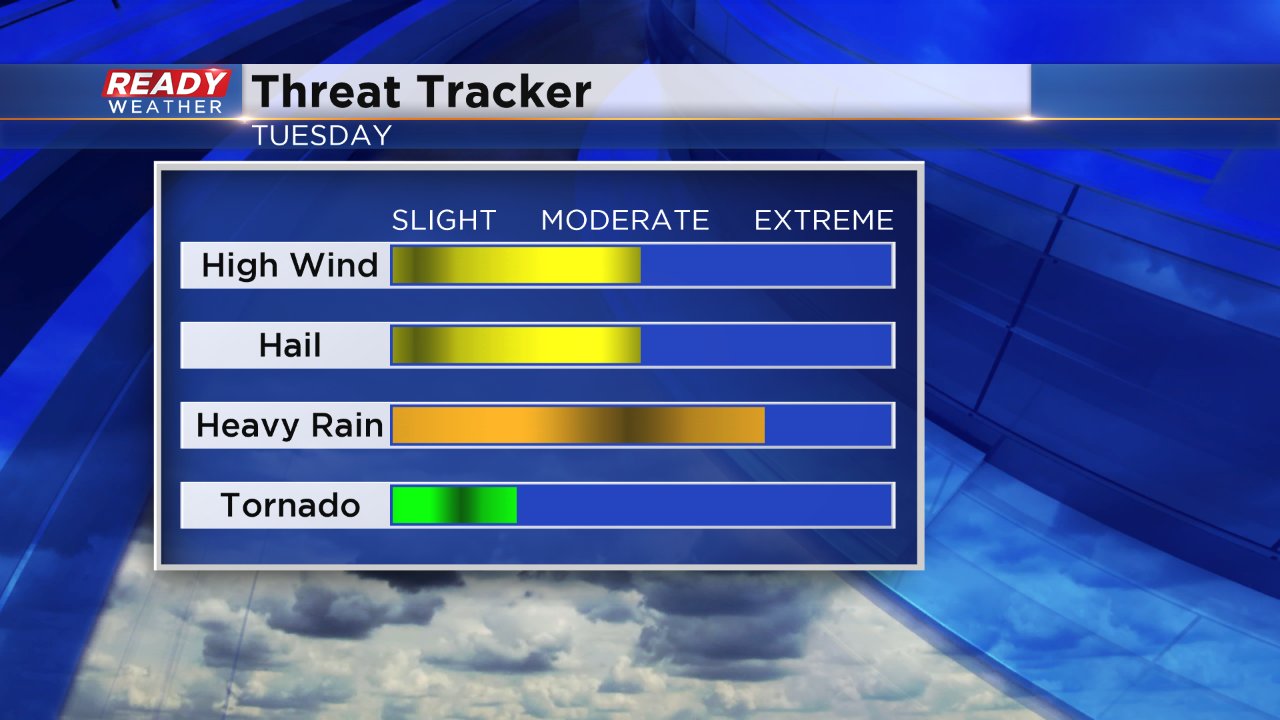 Although temperatures don't look quite as warm and humid as they did to end last week it will still be warm and humid by Tuesday with a bigger surge of warmth arriving next weekend where there is an 80% chance that temperatures are above-average. Our current forecast has multiple days in the 90s.

Download the CBS 58 Ready Weather App to track changes and timing in the severe storms forecast.